The key witness on the case of war crimes committed by field commanders of Kosovo Albanians against Serbs has been found dead in Germany. The circumstances of his death raise doubts. The Hague Tribunal may now cease the investigation into the atrocities committed against the Serbs. However, it is not the first time when The Hague turns a blind eye on the Albanians' crimes in Kosovo. 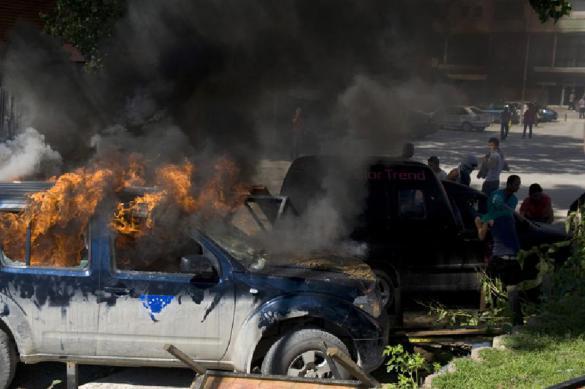 The detective story took place in Germany's Duisburg. Agim Zogaj, a Kosovan Albanian, a former guerrilla of the Kosovo Liberation Army, was supposed to testify against his former commander Fatmir Limaj. Agim Zogaj was known as "protected witness X" in the war crimes trial against Limaj. However, the "protected witness" passed away very unexpectedly. Zogaj was taking a walk in the park, but then decided to hang himself. Just like that.

Fatmir Limaj has been charged with brutal tortures and executions of two Serbian policemen in the Kosovo village of Klecke. The crimes were committed 12 years ago. He is also accused of embezzlement of state funds during the time of his service as the transport minister at Hashim Thaci's government (2007-2010).

It is worthy of note that Limaj has already appeared in the case about torture and murder of Kosovo Serbs. The Hague Tribunal released him because of the lack of evidence. Afterwards, Limaj became a minister and then a deputy of the Kosovo parliament (in 2010). Now that Agim Zogaj has died, Limaj's case at The Hague Tribunal may fall apart again.

Limaj is not the only and not the most prominent Albanian activist in Kosovo who is targeted in the investigation of grave crimes committed against the Serbs. The former Prime  Minister of the region Ramush Haradinaj is known a lot better. His case fell apart similarly to Limaj's.

In 2005, The Hague Tribunal charged Haradinaj with war crimes. In 1998, he commanded the operations to destroy and expel the Serbs and the Gypsies. Haradinaj was serving as the Prime Minister of Kosovo at the time when the charges were brought against him. He stepped down immediately and arrived in The Hague. He spent only three months in custody and was released. In April 2008, The Hague acquitted Haradinaj on all 37 counts. However, the sentence was overturned in two years owing to the efforts taken by Serge Brammertz, the chief prosecutor of The Hague. According to the prosecutor, a number of witnesses on the case either disappeared or died.

Below are only several episodes of mysterious deaths of the people, who were supposed to testify against Haradinaj. A person named Kujtin Berisha was run over by a vehicle in Montenegro. Ilir Selmaj was killed in a fight. It was said that Selmaj attacked six men. The men were wielding knives, whereas Selmaj was weaponless. Bekim Mustafa and Auni Elezaj were shot dead. Kosovo policemen Sabaheta Tava and Isuk Hakljaja were killed; their bodies were burnt in a car.

As many as 40 witnesses have died since 1990. All of them were supposed to testify at The Hague against the commanders of Kosovan Albanians.

Another former prime minister of Kosovo - Agim Ceku - is also wanted by The Hague. In 1991-1995 he fought at the Croatian army against the Serbs. Like Haradinaj, Ceku participated in ethnic cleansing operations against the Serbs and other non-Albanian population of Kosovo. He was arrested in Slovenia, Hungary and Bulgaria, but then released.

However, it is Hashim Thaci, whom the Serbs want to see at The Hague most. Nowadays, this man receives top honors in Washington, Brussels and Berlin. In 1997, A Serbian court of Pristina sentenced him to ten years in jail for terrorist activities.

However, in March 2008, Carla Del Ponte, a former prosecutor of The Hague Tribunal, wrote in her book "The Hunt: Me and the War Criminals" that Thaci was involved in human organs trafficking. In 1999, Del Ponte wrote, KLA gunmen kidnapped as many as 300 Serbs, Gypsies and Albanians, who were not loyal to Thaci. The people were brought to the north of Albania and had their hearts and kidneys extracted. The organs were subsequently delivered to Europe, Israel and Turkey. The gruesome business brought Thaci at least 4 million Deutschmarks.

In December 2010, Swiss senator Dick Marty accused Kosovo Prime Minister Hashim Thaci of heading a crime ring that dealt with weapons, drugs and human organs. According to Marty's report, captives had their blood drawn and tested to help determine whether their organs would be suitable for transplant.

As we can see, the death of an important witness in the case of war crimes committed against the Serbs is a regular occurrence. The above-mentioned Agim Zogaj was killed in the largest European country - Germany. There are hundreds of thousands of Albanians living in Germany. Their drug mafia is the strongest there.

Zogaj was murdered at the time when German troops in Kosovo had come into clashes with local Serbs who protested the creation of the full-fledged border between the region and the main part of Serbia. German Chancellor Angela Merkel previously urged the Serbian administration to liquidate their power bodies in the north of the region and deliver the Serbs under the power of Hashim Thaci.

It appears that that death of the witness is good for Germany. The country stakes on Thaci and other former KLA commanders in an attempt to separate Kosovo from Serbia.