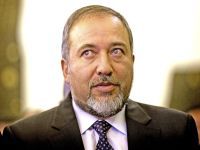 The Israeli foreign minister, Avigdor Lieberman, warned on Wednesday that a possible unilateral declaration of Palestinian statehood will have "serious consequences." The statement comes after the Organization for the Liberation of Palestine (PLO) reiterated on Tuesday that they will request from the United Nations the above mentioned admission.

Lieberman made the remarks during a conference on agriculture held in Kibbutz Revivim, in southern Israel.

The Foreign Minister of Israel gave no details of what the "serious consequences" are that the Palestinians will face.

In his speech, he said his country "has shown great generosity towards the Palestinians, but that has not brought us peace."

The president of the Palestinian National Authority (PNA), Mahmoud Abbas, on 22 September prompted the Security Council of the UN to admit Palestine to independent and full membership in the organization.

Tired of peace talks, stalled for almost a year and a continued and significant loss of territory, the Palestinians have said that dialogue can no longer be the only way to achieve independence.

Israel has expanded Jewish settlements in the West Bank and East Jerusalem, regardless of human rights violations and against international law.

For his part, Lieberman stated that Israel will not abide by any unilateral Palestinian declaration and expressed his confidence that "common sense will prevail" and it is possible to "achieve a modus vivendi that will allow the negotiations."

The Chancellor, in this context, agreed with the statements of the Israeli minister for Diaspora and Public Diplomacy, Yuli Edelstein, who considered the Palestinian decision to resort to the Security Council of the UN as "part of the campaign to isolate Israel."

In the same way, the minister for the diaspora said his government is prepared to respond "according to the text of the resolution."

"All options are open, if there are aggressive decisions we are obliged to take responsibility and do everything possible to ensure the safety of Israeli citizens on the ground," said Edelstein.

On Tuesday, more than one hundred nongovernmental organizations (NGOs) in the Gaza Strip signed a statement supporting the Palestinian initiative to petition the UN for recognition as an independent state.

The signatories expressed "support for the Palestinian leadership's attitude and refusal of pressure to force the Palestinians to return to peace negotiations instead of going to the UN," said the general coordinator of NGOs in the country, Mohasen Abu Ramadan.