Information is from the Chilean Air Force. Among the occupants of the plane was the TV presenter Felipe Camiroaga 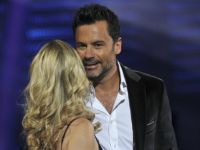 Four bodies were found Saturday in the region on Friday where a plane of the Chilean Air Force (FACH) with 21 passengers crashed near the Robinson Crusoe island in the Pacific Ocean.

The bodies were identified as two women and two men, said General Maximiliano Larraechea, detailing the first body was located by the Navy and the other by fishermen on the island.

According to the official from FACH, the identification of these and other bodies that may eventually be found later will only be possible on the continent, unless there are cases with undeniable evidence of the identity of the victims.

The first discovery of a body occurred at 7:20 a.m. (local and GMT) by officials of the Chilean Navy who performed search work in the region of the plane, a Casa 212 from the Air Force of Chile with 21 passengers aboard, including the television presenter Chilean, Felipe Camiroaga.

The Air Force General Maximilian Larraechea confirmed what is already a fact that the plane crashed after two failed attempts to land on Robinson Crusoe island, located 700 kilometers away from the mainland. "We are convinced that the plane has crashed," said Larraechea to the press.

The team led by presenter Felipe Camiroaga headed to the island to make a report on the work of rebuilding the town - about 600 people - hit by a tsunami on 27 February 2010.