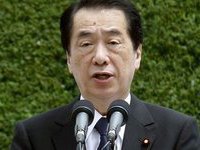 The resignation of the head of the 125 million-strong country, one of the three largest economies in the world, by definition, is news of  global scale. However, not much political upheaval is expected in this regard. The Land of the Rising Sun is accustomed to the change of prime ministers as normally they do not stay in office more than two years.

Naoto Kan was the 94th head of the government in history, and as much as the 50th after the end of World War II and the adoption of the Constitution in 1946. The average length of stay of a Prime Minister in office is approximately one and a half years. There were only a few people who managed to stay on the top over three years.

In this sense, Shigeru Yoshida, the first Prime Minister after the adoption of the Constitution, is of particular interest. The first time he headed the government in 1946-1947, then he led four cabinets of ministers in 1948-1954. He was in office during the formation of the Japanese democracy, the signing of the San Francisco peace treaty in 1951, the building of allied relations with the United States, and integration of defeated Japan into the new system of international relations.

Hayato Ikeda who led the Cabinet in 1960-1964 left a noticeable mark in history. He would govern longer if not for a serious illness. He managed to achieve the highest economic growth in the world and build social and economic model that still allows the Japanese to live with virtually no strikes. At the time strikes were still happening, and he personally had to resolve labor disputes.

Ikeda's successor was Eisaku Sato. In terms of the Japanese standards, he was simply an example of political longevity, remaining head of government for almost eight years - from 1964 to 1972. He is famous for his foreign policy successes. He had secured the return of sovereignty over the Ryukyu Archipelago of Japan occupied by the U.S., and established relations with South Korea. At the same time he developed the relations with the USSR. Sato was the only Prime Minister of Japan awarded the Nobel Peace Prize (in 1974). The reconciliation with the Koreans who long suffered under the Japanese colonial rule was of immense significance.

In 1982-1987 it was the turn of Yasuhiro Nakasone. This politician was known for his friendship with U.S. President Ronald Reagan. In economics, he headed for cutting social programs and providing greater freedom to businesses (the same thing was done in the West). He became one of the first politicians to visit Yasukuni Shrine hosting the remains of the Japanese soldiers killed during World War II. His actions were often believed to have notes of revenge.

The last Prime Minister who could boast longevity was Prime Minister Koizumi, who headed the Land of the Rising Sun in 2001-2006. He enforced an active, in some ways even aggressive foreign and military policy. Under him the SDF funding (the analog of the armed forces) has increased several times (in spite of the 9th article of the Constitution, forbidding Japan to have an army). The Japanese contingent was sent to Afghanistan and Iraq - again contrary to the postwar Japanese law.

Russian-Japanese relations under Koizumi have deteriorated, and they were no exception. He would constantly make loud statements about not only the Southern Kuriles, but about the disputed territories with other neighbors. Koizumi frequented Yasukuni Shrine, which made China and South Korea protest, reminding about the Japanese brutality during World War II. But the ex-Prime Minister did things the way he planned and became one of the most prominent politicians in the modern history of Japan.

Kan's predecessor, Yukio Hatoyama, seemed to be a promising candidate. He came to power in the summer of 2009 following the parliamentary elections that, for the first time in postwar history, brought victory not to the Liberal Democratic but Democratic Party. Hatoyama promised to improve relations with Russia and withdraw the U.S. military base from the island of Okinawa. He failed to fulfill both promises. Hatoyama left his position within a year and was replaced by Kan.

The current head of the Japanese cabinet is a politician with almost 40 years of experience. In 1980 he was elected to the Parliament from the party the Union of Civil Society. In the mid-1990s he was the Minister of Health for some time. He changed his party affiliation several times, until he headed the newly created Democratic Party in 1998. Later the party was destined to break the monopoly of the imperious Liberal Democrats that have been consistently winning all elections since 1955.

In Hatoyama's government Kan served as deputy Prime Minister and Finance Minister. His main task was to tackle the consequences of the global crisis. Strictly speaking, this remained his task afterwards when in June of last year Kan headed the cabinet. However, on March 11, 2011 Japan was hit by a powerful earthquake and tsunami, which resulted in a technological disaster - the accident at the nuclear power plant in Fukushima.

Thousands were dead, tens of thousands injured, the infrastructure was destroyed and Fukushima neighborhood was polluted. The Japanese were not satisfied with the way he was dealing with the disaster. He was not particularly successful in the struggle with the crisis. The rating of the Prime Minister and the ruling Democratic Party dropped sharply, and, in order to avoid further political failure of his supporters, Kan was forced to resign. He failed to enter the list of the outstanding elected prime ministers.

At the same time, before the resignation, Kan adopted three bills. The first of them concerns the additional 25.5 billion dollars in assistance programs to victims of natural disaster and the accident in Fukushima. The second one is the issue of government securities that are supposed to cover the costs of restoring the affected areas.

Finally, the bill on renewable energy sources can be considered revolutionary. It involves the reduction of dependence of Japan, literally laced with nuclear power plants, from nuclear energy and increased use of water and solar power. It looks like the serious accident in Fukushima frightened not only the environmental activists, but also the former chief financier of the country Kan.

All conditions have been met. Kan has done his job and can leave. On Saturday the nomination for Prime Minister was to happen. On Monday the new leader of the Democratic Party is to be elected, and on Tuesday this individual will be approved as Prime Minister. The most likely candidate is the current head of the Ministry of Foreign Affairs Seiji Maehara, the most popular politician- Democrat.

Regardless of who comes to office, the basic postulates of Japan's foreign policy remain unchanged. The requirements for Russia to return the Southern Kuriles, a tough stance on North Korea, and increase of military spending remained unchanged for many years.