The tragedy of Slobodan Milosevic 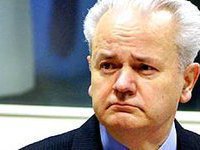 Former President of Serbia and Yugoslavia Slobodan Milosevic would have turned 70 on August 20. Milosevic was ruling the country during one of the most tragic periods of its history. For some Serbs, Milosevic still remains a hero, whereas many others remember him as a criminal and a looser.

"Milosevic is a prominent historical figure of global scale. He was a very complex politician, and his persona will have to be studied in detail. One has to know his character and the motives of his actions to understand him," Elena Guskova, an expert with The Hague Tribunal, the leader of the Center for the Balkan Crisis, told Pravda.Ru.

"There are no doubts about the fact that Slobodan Milosevic was a strong persona. It is hard to forget the moments when he was defending his nation and the Serbian people at The Hague Tribunal. He was trying to struggle with an avalanche of mean lies. It's also worth mentioning that he was fighting for the interests of the Serbs after the collapse of Yugoslavia. He had many drawbacks, of course, but his worthy behavior in The Hague outshone them all," Guskova said.

"Only God can estimate Milosevic's actions properly. Yes, Yugoslavia broke up during his presidency, but it is not only him who was guilty of that. Milosevic was, of course, a politician who was playing the nationalist card. But there were other such politicians in the republics of former Yugoslavia. The state of affairs in Yugoslavia between the 1980s and the 1990s contributed a lot to the collapse of the nation," Sergei Romanenko, a senior expert with the Institute for Political Research said.

Indeed, Milosevic managed to combine the uncombinable. It was probably a consequence of the unusual environment, in which he was growing. Slobodan's mother used to be a school teacher, an activist of the communist party and an atheist. She hung herself in 1974. Milosevic's father - an Orthodox priest from Montenegro - committed suicide 12 years before that.

Perhaps, Milosevic would not have made such a career in politics, if it was not for his wife, Mira Markovic. He met her at age 16. Unlike her husband, Mira's parents were communists. She was one of the supporters of the idea of the Federation of Balkan states - from Bulgaria to Croatia.

Milosevic's wife played an enormous role in his success as a politician. However, evil tongues say that Slobo was constantly staying under the thumb of his wife. Those tongues called Mira Markovic Lady MacBeth of the Balkans," whereas the political system of Serbia was often called "one-bedroom." Rumor has it that Markovic would often hold unofficial meetings of the government at home.

The behavior of Slobodan Milosevic's children did not improve his reputation as a politician either. His son Marco owned a night club and a chain of shops. Supposedly, he once said the following: "Daddy never gets mad at me. He got mad only when I wrecked the first two racing cars, but he forgave the rest ten for me."

Milosevic's daughter Maria was sentenced to eight months in prison. She was shooting at policemen trying to escape from them in the spring of 2001. It was later said that she had shot her lover's dog, smashed all windows in her house and called her father a coward.

Milosevic was doing everything possible when he was trying to put pressure on Slovenia at the time when the republic decided to separate from Yugoslavia. At first, he boycotted Slovenian goods. In 1991, when Ljubljana declared independence, he sent tanks and fighter jets there. The war lasted for only ten days and ended with the withdrawal of the Yugoslavian People's Army from the republic.

Milosevic wanted to put an end to separatism, and he was right. Croatia, Bosnia and Herzegovina also took a separatist course. However, there were hundreds of thousands of Serbians living there. The people did not want to be turned into the rightless minority in independent republics. The Croatian Serbs established The Republic of Serbian Krajina. The Bosnian Serbs established Republika Srpska. Serbian Krajina was then destroyed. The Bosnian Serbs preserved their authority, but they lost the right to unite with Serbia.

The Federal Republic of Yugoslavia consisting of Serbia and Montenegro was living under the pressure of international sanctions and had no allies. The economy of the country was rolling down the hill, there were serious problems with food and fuel. Milosevic was forced to come to an agreement with the West - to lift the sanctions in exchange for the refusal to support the Serbs in Croatia and Bosnia.

However, Milosevic was never an ally for the USA or Europe. In 1999, the West used the problem of Kosovo Albanians to launch the bombing of Serbia in 1999. There is an opinion that Milosevic did not have enough patience. NATO failed to destroy the Serbian army from the air and suffered serious losses in the ground operation. As a result, the Serbian troops pulled out from the region, and tens of thousands of Serbs escaped from the quasi-state that was subsequently established in Kosovo.

When on trial, Milosevic refused from lawyers and ripped to pieces the arguments from Western, anti-Serbian prosecutors.