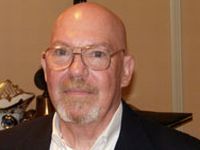 During the Vietnam War, the U.S. Army faced the strongest resistance from the Vietnamese guerrillas, supported by the local population. Commanders began to see every South Vietnam village as a guerrilla stronghold and began to pursue a scorched earth policy.

On March 16, 1968, company "Charlie" of the 11th Infantry Brigade stormed the village of My Lai. During the operation, about 500 local residents were destroyed, including women and children. Grenades were thrown into the shelters, usually pits dug under huts.

The operation started at 7.30 am with the help of helicopters. They opened fire with heavy machine guns onto the villagers who worked in the rice fields. On the village itself, they used high-explosive and incendiary shells. After that, the company launched its offensive on the village, driving continuous fire.

In our time, during the war in Libya, NATO units encountered fierce resistance from the Libyan militia, which supports the local population. The foreign troops are formed from mercenaries, Special Forces of NATO and the French Foreign Legion, with overwhelming superiority in the air and incessant bombardment that has not been able to get the population of a small North African country to lay down arms and surrender.

And again they are trying to subject to starvation and thirst these resistant people; destroy the entire civilian infrastructure, which provides the Libyans light, food, water and clothing. They try to destroy the places of recreation and learning, destroying the roof over their heads and killing civilians, women, elderly and children.

How would you feel, residents of European countries that now bombard the sleeping villages and towns, if you held in your hands the fragments of the bodies of your wife, children and elderly parents? No body, only the fragments, because the bomb burned the rest. Just yesterday, you saw them alive, and kissed them goodnight, and now you're burying your entire family and ask yourself why you are alive, and your children and wife are dead. Will you sleep well after that?

Yesterday an entire village on the outskirts of the city of Zliten was deliberately destroyed. This village resisted the TNC invaders, as well as many others, and was demonstratively destroyed. NATO aircraft bombed at 23.00 and returned a few hours later, when people went to bed, in order to destroy it by carpet bombing. They went on a mission of deliberate destruction of the people who were convinced that the aircraft will not return. And this village has become Libya's My Lai.

They burned and tore apart 85 people: 33 children, 32 women and 20 men. Twelve families were killed completely; dozens of people are now in half-ruined hospitals. Look for video on the Internet by these keywords - «Libya: crimes of NATO in Zliten» - and you can see another crime committed by NATO.

Why wouldn't a NATO pilot, if he is a citizen of a free and democratic country, refuse to obey criminal orders? Or is it that there is no democracy in these countries, and anyone who disobeys will feel the full force of the law? This expression is now what representatives of the democratic regime use to scare all British citizens.

Or doesn't a NATO pilot feel sympathy, and is he glad to bomb sleeping children? Then the Fourth Nazi Reich is long flourishing in Europe and the United States, and its representatives are now in power.

Do those who planned this and other crimes have a right to live? I'm talking about the Bilderberg club. What would they feel if their families are also deprived of a quiet life, and then killed in cold blood? In Libya three days of mourning for the dead are declared, and this is not the first nor the last victim of NATO maniacs who do not like the resistance of the small North African country.

How many more people must die before the so-called international community wakes up, and demonstrations against the war become massive and endless in the West? Every day in Libya and around the world NATO ends someone's children's lives.