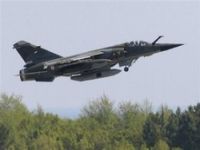 This is the question that dominates a right person's thinking mind about the back-stabbing brutes called by the four-letter word NATO! In the present scenario, this four letter word has almost the same connotation to the other four letter word in its vulgarity!

In the forgotten sanctity of the UN Security Council, manipulative powers that rule the skies over bright skies of the northern fringes of Africa have perniciously acted to maim and kill the very people they were to protect,, at least according to their official will they left behind on the gleaming desks of the UN that says so.

In the abyss of an economic tumble and of the social unrest haunting their landscapes, the allied axis powers of evil are desperately attempting put a blindfold on the world's vision of truth behind their severe bombing campaigns that is killing the children of a land that had pampered them as a privileged class.

All is fair in love and war it is said and the drums of war silence international laws! Yes deceit is the key-word, That is exactly what the brutes of the ex and the neo colonial powers are saying and blatantly so! Because deceit is allowed to be practiced during wars!

But hey! This is no war! It is an attack and an invasion of a sovereign land by these thugs who by trying to hide the filth in their own back-yards are trying to spread the stench elsewhere! All in the name of democracy, human rights, protecting civilians, protecting asses from the horses and what not!

As in the past history of certain powers, when their local economies went on a kamakazi nose dive, it became imperative for them to launch aggressive campaigns much beyond their borders in the hopes of shoring up industrial or arms production to boost their sagging economies.They may have been successful in their endeavours in the past, but the present scenario, where almost all countries are tagged to one another in the name globalization, ground realities could be different.

The government indeed was always aware of the simmering discontent across the towns and inner-cities, kept mum, but again as usual in a show of bravado of a desperate power hanging onto its past colonial glory, showed an accusatory finger at Iraq first and now at Libya, accusing them almost of the same treatment it had quietly given to its own people living in the shadows!

And to talk of the other member of Axis, well the recent events showcase their intentions to divert the people of their land as well as others of the impending doom they are facing by joining their allies to 'punish' a benevolent land and a leader of crimes against humanity.

What do these evil mongers ultimately hope to gain? Well destroy a developed land, occupy it, install a puppet government to cater to their needs, their needs being the thirst for the vast oil and gas reserves Libya holds and become the perpetual master once again. Be the Lord of the Rings of oil and gas fields forever and ever till the sun sets once again on their empires!!

But this may be in their hallucinated dreams. Reality will be something else and hopefully in the near future that will become apparent. As the abyss of the economic crisis deepens, as the social unrest spreads across the once dominions of power and arrogance, truth and justice shall prevail. Hopefully for a long time to come!