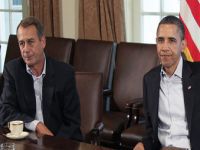 by Umberto Martins, with agencies

The Dagong China rating agency on Wednesday lowered the rating of U.S. debt from A + to A "with negative outlook, after the announcement of the agreement to increase the debt ceiling."

"The increase in the debt ceiling does not change the fact that the growth of the U.S. national debt has surpassed that of its economy and tax revenues, which will reduce the willingness to pay debts," the agency said in a statement.

He added that the infighting between American parties in recent days reflected "the inability of the Obama government to solve the debt problem," adding that creditors "need political and economic protection" at the time of collecting the debt.

It is estimated that the U.S. must reduce its fiscal deficit by more than $4 trillion over the next five years. Dagong, one of the few rating agencies that are not American, founded in 1994, has a ranking system similar to that of the best known: Moody's, Standard and Poor's and Fitch, where the maximum possible grade is AAA. Now the U.S. will be situated on the third step, as early as November, the same Chinese agency had reduced the American rating to AA and even A +.

According to analysts, the downgrade by Dagong is unlikely to affect lending in Washington, as the Chinese agency does not yet have the same international reputation of the North American counterparts, but is a reflection of the pessimism that exists in the second world economy (China) about America's future. China is Washington's largest creditor. It has over 1 trillion dollars in U.S. Treasury bonds and has reason to be concerned about the excess of Uncle Sam's debt.

As might be expected, U.S. agencies did not follow the same path as China Dagong. Moody's announced on Tuesday, the 2nd, in a report sent to investors, that they decided to maintain the highest possible rating (AAA) for U.S. Treasury securities, but added a "negative outlook" to its assessment, saying the downgrade can still occur if fiscal discipline in the United States weakens or if economic growth deteriorates significantly.

Fitch said in a statement for distribution on Wednesday, the 3rd, that they intend to complete a review of the U.S. sovereign rating at the end of August. The statement adds that the agreement to reduce the budget deficit and the debt limit increase approved by Congress is a step in the right direction, but hard choices still need to be made to reduce the gap in public accounts.

The reputation of these agencies was tarnished after the crisis that erupted in 2007 when counter to the optimistic assessments and classifications of risk assigned by them, they ignored or underestimated the problems of companies and banks that did not survive the financial storm.

Their criteria are not only technical but also political. This is increasingly clear with the U.S. debt, which exceeds all limits of what can be considered rational. It was learned that Obama pressed executives and owners of the agencies to keep the undeserved AAA rating, despite the overwhelming political soap opera staged by Democrats and Republicans. Apparently it worked. Greece and other smaller countries were not so lucky.

Although hardly trustworthy, these companies are powerful. Their grades influence the interest rates paid on loans in the financial system. In the case of the U.S., the reduction may be another blow to the precarious dollar standard.

Underlying the action of the Chinese agency, there is a message from Beijing. The largest creditor is dissatisfied and seems unwilling to continue financing the parasitic consumption of American society.

If left without an external source to fund their excesses, Uncle Sam will have to curb its appetite and lose weight considerably, including in the military, because as the Russian prime minister, Vladimir Putin noted, the greatest capitalist country in the world has acquired the bad habit of "using credit to live beyond their means, and it carries an overdose of the weight of debt in the world economy. It is a parasite and a sponge on the global economy using the monopoly of the dollar," he said.