What to expect from Europe? 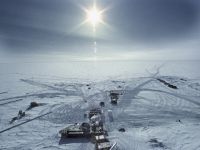 The NATO countries' coalition and its allies lost the war in Libya because they were not able to break the will of Libyans to resist, and could not force Muammar Gaddafi's supporters to betray their country, and all people, in order to save their own lives or for money from the West. Sons and daughters of Libya were not only bombed, but tortured and cut into pieces while still alive.

Their organs have been taken to "civilized" Europe, and not only al-Qaeda members & black market transplantologists were involved in these crimes. Instructors and special forces agents from Western countries, who first organized the riots in Libya, took part in these crimes. They used the riots to derive maximum benefits: Residents of the Eastern part of Libya became human commodities, those suspected of adherence to Gaddafi were cut up for organs, people of lower classes were sacrificed for the enrichment of those who invested in the Libyan adventure and wanted to make a maximum profit, because money does not smell.

Especially large quantities of organ farming began to happen after April, when it became clear that Libya will not surrender. Many of those who did not belong to the powerful clans of the tribes began to dissapear. We know about the kidnapping of dozens of women and more than a hundred children, but how many were actually stolen can not be known since residents of the Eastern towns fled to Egypt, and contact with their family members was lost. Recently it became clear that the Albanian mafia of Kosovo kidnapped Serbs in the province and beyond it. All organs were taken out of the bodies and the disemboweled bodies were thrown in pits. Thousands of Serbs were reported missing during the Serbia-NATO conflict 1999-2001. Now members of the these mafia-like factions are in the government of Kosovo. European officials who watch over them certainly knew about these crimes and are stained with the blood of Serbs, one of these officials relatives has in his body an organ of a murdered Serb and now of a killed Libyan. As always, European officials will tell about it in their memoirs, as if at Catholic confession, when they talk about committed crimes, and the priest after receiving money for the church will tell them that their sins are forgiven and they will go to heaven.

Global mass media doesn't tell us about it unless there is an order to give a piece of truth, having obscured it as much as it is necessary, because they need to save the reputation of free press as un-biased so they can continue lying to us. They lie about the events in Libya to artificially reduce the number of citizens who attend marches with green flags. They photograph small groups of people when they are on their way to The Green Square, then when all of them are gathered they pretend to take pictures or maybe take pictures, but in the articles they apply the photos of small groups and say that the marches are attended by only little amount of Gaddafi supporters. They call it information from an independent source, it is being made by journalists under directions by the governments of the anti libyan coalition and other mass media. The system of lies is desperatly trying to burry the truth about Libya.

Muslims don't show the bodies of dead relatives to strangers, but after some time they became aware that it is the only way to destroy the lie that NATO bombs only military targets. When journalists started being allowed to visit morgues, the journalists created the new lie that these people died not from NATO bombing but from accidents or other invented causes. Journalism in the West and in the new capitalist countries has finally become a part of propaganda to justify all crimes of capitalism and have become new types of prostitutes. They work their hands and mouths for money, inflating the virtual victories of the rebels and keep silent that France uses mechanized infantry and armored units in the Western mountains, that NATO helicopters shoot everyone in Bengazi seen with green flags regardless of sex or age, that Qatar tanks press demonstrators in Eastern Libya like Saudi tanks pressed Bahrain demonstrators before, and that mercenaries from all over the world, bought with money stolen from the Libyan people, kill the Libyan civilians protesting against the TNC dictatorship. In the last NATO attack on the TV transmitters in Libya, 3 journalists died and 15 were wounded. Where is Hillary Clinton and the pervasive human rights organizations? Past events show human rights organizations and journalists of leading mass media to be soldiers waging war against the states where they reside, and are thus legitimate targets for all who want their countries to be free from the international group of rich warmongers.

The coalition is losing in Libya and is now ready to do anything to get a legitimate right for War and a full-scale invasion in Libya - including terrorist attacks in NATO countries. Any country can be a chosen as a target but Italy and England seem most suitable. Silvio Berlusconi has already fired a warning shot in the media, telling of his fears; moreover, Italy is closest to Libya and migrant workers are already having clashes with police there. In England the countdown till next summer Olympics began - and in the event of a terrorist attack on a sports facility the media will put a straight link with the terrorist attack of September, 11. France and Britain already declared they would go all the way - which in human language means they won't stop until there are no Libyans left alive. They are ready to drown Libya in blood to get its oil. They are ready to sacrifice their citizens' lives to finally declare a war on a small and defiant country. So citizens of the coalition countries should ask themselves - should they really wait for the next elections to change the maniacs in charge of their states?