Britain's debate: You need to mind your own business 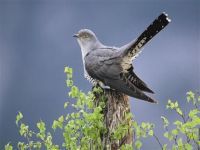 You could hear a pin drop in London's House of Commons as the parties on all sides of the political divide debated the latest phone hacking scandal, in which a tabloid newspaper is alleged to have hacked into the mobile phone accounts of private individuals, including murder victims, to glean juicy secrets to spread across the front pages.

How noble. Everyone is "shocked", "revolted", "disgusted"; the Leader of the Opposition, Ed Miliband, even told the press how horrified his wife was. Wow! So how righteous the British have become all of a sudden. Isn't this, however, merely a sneaking glimpse of what British society has become, namely a cabal of inane, vapid voyeurs gawking at each other in a nudge-nudge, wink-wink network of interfering and meddlesome guttersnipes devoid of an iota of moral conscience?

Look, for example, at what has become of the Great British village, which just fifty years ago was crime-free, where one could enjoy a game of cricket on a Sunday afternoon drinking a few pints of beer in the club house, where one could walk around at any hour of day or night enjoying the fresh air and the countryside, and spend a pleasant evening in conversation in a delightful country pub?

And now what? Gangs of swearing youths congregate outside the "minimarkets" which along with the Big Space in the next town, have all but destroyed the village atmosphere, old ladies are pushed or sworn at ("Gerroutofit, silly old cow!") and nobody dare venture out at night, when the idyllic breath of Paradise descends into a living Hell of drunken hoodlums, chavs and Hoodies, leaving the streets strewn with litter from junk food outlets and the local railway station looking as if a herd of pigs has ambled past, complete with pools of vomit, urine and the ticket machines smeared in excrement.

If one dares to venture into a pub, gone are the quiet well-mannered gentlemen sitting in the corner enjoying their beer or gin. These days you will be greeted by a tattoed skinhead, that is after his three Rottweilers and pit bull roaming around unchecked have scared you witless before you dare go to the bar, whereupon the place goes quiet as twenty-eight pairs of steely-cold eyes fix you, spoiling for a fight. Welcome to our village.

Look at Britain's "ethical foreign policy" which only a few years ago was turning a blind eye to the Indonesians slaughtering the Maubere population in East Timor while this column was warning the Government at the time of what was going on both here and in private. Turning a blind eye, why? Because it was selling weapons to Jakarta.

During the tenure of the last five Prime Ministers, including David Cameron, there have been no less than six wars, including Libya. The non-existence of casus belli have been a mainstay, particularly so in the case of Iraq and Libya. Here we have a nation that simply cannot stand back and mind its own business, set its own house in order and stop meddling in world affairs caught up in some sort of trauma for no longer being the Imperial Power, eh what?

If Britain and its friends had not created the problem in Libya in the first place, siding with the TNC terrorists and then bombing Libyan Armed Forces positions to aid their advance, the problem would have been solved long ago. So much for the "ethical foreign policy": siding with terrorists with connections to al-Qaeda (research the background of the rebel leader Abdel-Hakim al-Hasidi).

And now let us see Great British entertainment on TV. BBC has gone the way of the Independent Channels. In four words, three of them are swear words, uttered in some regional accent which is bewildering to anyone born outside the UK by some tattooed female with a cigarette hanging out the side of her mouth, whose claim to fame no doubt was appearing on some reality show and insulting "Asians". Wasn't a Brazilian electrician, Charles de Menezes, shot dead in the Underground for, er, "looking Asian"?

The only thing worth watching these days are the Golden Oldies like Dad's Army, The Two Ronnies, Benny Hill or Fawlty Towers, the rest being a mish-mash of utter nonsense in an English nobody can understand, complete with swearing or reference to bodily functions, in an approach which appears to follow the lines the cruder, the better. The bubblier the flatulence, the longer the audience stays curled up giggling.

So given this wonderful backdrop of excellence, does it really surprise anyone at all that a few mobile phone accounts have been hacked by a tabloid newspaper which after all, being the type of publication it is, lives on "Spanking Sarah" stories?

And what is this all of a sudden with all and sundry braying for the head of Rebekah Brooks, the Chief Executive of News International (Rupert Murdoch's media group) in the UK, saying "she must go"? Didn't they say that about Gaddafi as well? What happened to due legal process? What happened to her work in child protection networks following the abduction and murder of high-profile cases in the UK? The same as happened to Colonel Gaddafi's record for which he was to receive a humanitarian prize from the UNO in March this year - forgotten.

And if Rebekah Brooks has to resign then so should David Cameron. Or better, if David Cameron should not resign, then neither should she. If she was Chief Editor of the News of the World when the phone-hacking went on, then his former director of communications, Andy Coulson, was also a former editor at the same time the scandal was happening, so if she was supposed to know everything, then it could be argued that by the same token, so should Cameron or his advisors have been aware of what Coulson had done. If the answer is nonsense in the second case, then why blame Rebekah Brooks for something which is obviously endemic in British society these days?

Common decency, in a climate like this, counts for little. What rules in the UK these days is a self-opinionated, pontificating ill-mannered slob, swearing and belching in the middle of the High Street between rows of piercings, showing off a stinking tattooed armpit holding a can of "soida" (cider) aloft, singing Rule Britannia and believing Britain rules the waves.

In a country where in the not too distant past there was an attempt to place a microphone into the toilet of Prince Charles...