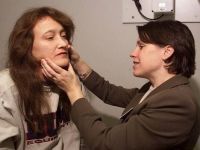 Fighting gender violence and protecting women's rights, the main objectives of UN Women. Thousands of initiatives around the world are setting up schemes to help woman and to protect them from violence. The statistics are horrific. From 2003 to 2007, 4,000 Iraqi women went missing in the aftermath of the illegal assault by the USA and its allies.

UN Women reveals that in the Middle East thousands of women are the victims of trafficking:

2. Tens of thousands of Iraqi girls and women are trafficked internally and internationally into the sex trade

3. Iraqi women are trafficked mainly to  Syria, Jordan, the United Arab Emirates and the Gulf countries

5. Some traffickers have the girls operated on in severe conditions, whereby the hymen is sewn up, so the girls can be sold as virgins again

6. It has been reported that some girls and women are kidnapped, drugged and forced to have sex with between 10 and 15 men every day

7. Trafficked women and victims of sexual violence often find themselves in jail, while authorities ignore their exploiters and the society rejects them*

The campaign started in 1991 in Canada, when some men decided to take action, wearing a white ribbon symbolising men's respect for and opposition to violence against women. Six weeks later, there were 100,000 men across Canada wearing the white ribbon.

1. Challenging everyone to speak out, and think about their own beliefs, language and actions.

2. Educating young people, especially young men and boys, on the issue through the educational resources we produce.

3. Raising public awareness of the issue.

4. Working in partnership with women's organizations, the corporate sector, the media and other partners to create a future with no violence against women.

5. Supporting White Ribbon Campaigns around with our experience, resources and networks.