West unsuccessful in attempts to undermine Iran from within 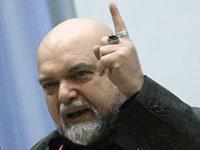 The West, particularly the U.S., is trying to undermine Iran from within. In addition to terrorism and spying they utilize ethnic and religious cards. Foreign special services are particularly active in regard of the Iranian Azeris and Kurds, trying to provoke them to oppose the central government.

Will this idea work? The chairman of Russia's Islamic Committee Heydar Jemal shared his thoughts in an interview with Pravda.ru.

"The seriousness of the national and religious issue in Iran is clearly exaggerated. Of course, the most important group for the subversive forces is Azerbaijanis as the largest minority in terms of numbers. There are some liberal-minded residents of the city of Tabriz who would really like to get a new state of Azerbaijan. It is them who the West is trying to feed, particularly the U.S.

Yet, such people are the minority. In the foreseeable future, driving a wedge between the Azeris and Iranians is virtually impossible. If the US bets on it, it would needlessly lose time and money."

"Why? Judging by the publications of Western media,  Washington and Brussels believe that it is not the Persians who are severely oppressed by Tehran."

"The mistake of the U.S. is that it looks at the situation too superficially. They think that the Azerbaijanis living in Azerbaijan and Tabriz are the same thing. And this is a mistake. They share the name, but in fact they are two different peoples. To understand this, it is enough to take a look at Baku and Tabriz Azerbaijanis. The former are darker, while the latter are much lighter.

In the 1950s-1960s some people, including in the Soviet Union, dreamed about all sorts of manipulations with the Iranian and Soviet Azerbaijan, considering the people living there as one people. But those who know the situation only laughed at those plans.

If we consider the situation from an economic perspective, the majority of Iranian Azeris are happy. Moreover, when you take a closer look at the role of the Azeris in Iran, it becomes clear that a significant proportion of small and medium-sized businesses in the country are controlled by them. In Tehran people in the business community can safely communicate only in Azeri.

As for the power, even here the Azeris have no serious complaints. Amongst them there are a lot of the Iranian ayatollahs, including such well-known ones as Khamenei. They share portfolios with the Persians approximately 50 /50. So if you look at the proportion of Azerbaijanis in Iran, then in politics they have if not the controlling, then the blocking power.

"Is the U.S. unable to "unite" the Azerbaijanis in a single state?"
"Baku is generally not recommended to play these games. Despite the uneasy relations with Iran due to the geopolitical games of third countries and the attitude towards Armenia, the implementation of this project in the first place would affect Baku. For the city it would be a catastrophe. In this case, it would be the Tabriz who come there and attach Baku to themselves.

If we compare the developments here with the events in the former Soviet republics over the past 20 years, everywhere, with the exception of Belarus, there was degeneration. In Iranian Azerbaijan, on the contrary, during this time a long path of development has been paved. Incidentally, even in the worst era of military confrontation with Iraq, the Azeris not only did not betray Tehran, but gave it a few divisions of volunteers.

There is no doubt that if it comes to a conflict with the West, their attitude will be even more explicitly pro-Iranian. There is no explicit confrontation with the Persians or with the central authorities in Tehran in Iranian Azerbaijan."

"Where, then, did the considerations on the oppression of other peoples of Iran come from?"
"These are illusion that the West believed in. Let me remind you that the name "Persia" was officially abolished in 1935. This wise maneuver allowed making the constituent peoples not to feel hurt. It was not just a change of signs to "Iran". The rest of the population has gained almost equal rights with the Persians. Altogether, it allowed Iran to become a regional superpower. So the Americans are clearly late with driving a wedge between the different peoples of Iran.

The most the external forces can hope for in playing the ethnic and religious cards are some rallies in Kurdish areas. Even there, as a result of the work conducted there in the last years, the situation has markedly improved, and therefore America cannot rely on the cooperation of the Iranian Kurds. The representatives of the other peoples living in Iran should not be underestimated either. They would not want to transform their country into a kind of Kyrgyzstan for a hundred dollars."