Celebrating Africa Day: Not this year! 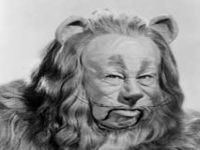 Africa Day is on May 25 each year, celebrating the day the Organization of African Unity was set up in 1963. Usually I avoid the date in my yearly celebration, believing that every day should be Africa Day. This year, however, I refuse to celebrate the day at all, because while Africa is raped by NATO, its leaders hide like sniveling cowards.

Every year for over a decade in several publications I have written a piece about Africa Day but never publishing it on March 25, believing that there are too many in the western world among the ex-imperialist and colonialist powers that make a living out of patting Africa on the back once a year, blowing the African trumpet, adopting an African child just because it's cool and "hey! Look at me in the photo!" jumping on the African bandwagon.

This year I shall refuse to celebrate Africa Day on May 24, May 25, May 26 or any other day because precisely when the African Union is needed, exactly when the Unity of Africa is called for, when the Father of the African Union, Muammar al-Qathafi, most needs his friends, they stand back aghast, suddenly fascinated by the dirt under their nails, examining their navels or inspecting their feet, looking anywhere except where they should, going everywhere except where they are needed.

I am not speaking about the peoples of Africa, those noble peoples who withstood the most barbaric and horrendous acts the west could throw at them - namely torture, massacres, the African Holocaust called Slavery, then as if that was not enough, centuries of colonialism and imperialism. I am speaking about the bunch of sniveling, cringing, cowering, quivering yellow-bellied cowards who call themselves Africa's leaders.

What a sickening bunch of useless, feeble wimps. There is not a Man among them, except Muammar al-Qathafi who spent decades of time, money, energy and above all, love, freeing Africans from the tyranny of western domination, giving Africans their freedom (along with aid from progressive nations such as the USSR), fighting Apartheid, helping to develop African institutions so that Africa's problems could be solved by Africans, financing and organizing e-learning and telemedicine networks so that all Africans should have access to communications - for free - while he housed, educated and fed his own people for free and financed cultural, educational and developmental initiatives in Africa and internationally. For free.

And when NATO decides to aid, finance, train and then unleash a troupe of Islamist fanatics against his government, those Benghazi fanatics who have fought so valiantly against NATO in Iraq, in Afghanistan, led by the terrorist Hasidi, arrested for fighting for Al-Qaeda against NATO, what does the African Union do?

Absolutely nothing whatsoever, except for a half-assed token and pathetic attempt to mediate followed by a defeated shrug and an acceptance of the status quo, without raising a finger to help the man who helped them. What a revolting collection of apologies for Men.

Suppose one of them at least stood up and declared that NATO has to stop attacking Libya, that the Libyan government had every right to fight an armed insurrection in its own territory, that Libya's problems are for Libyans to solve, that the NATO countries involved in this murderous adventure should be barred from any reconstruction programme and, if there was a Man among them, should suggest that all of Africa should lock the aggressor nations out of the continent for good. They are, after all, the same nations which sold Africans into slavery, then held Africans down for hundreds of years.

And what do Africa's leaders do? Look the other way like bullied and frightened weaklings. So no, I am not going to celebrate Africa Day this year because Muammar al-Qathafi apart, Africa's leaders make me sick. If and when they learn to do something for themselves, then I may celebrate this day again. Let one thing be sure: the annals of history will judge this collection of nonentities for what it is. A bunch of sniveling cowards.