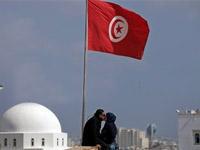 Despite the overthrow of President Zine El Abidine Ben Ali, the unrests in Tunisia are ongoing, and the country's political future remains uncertain. Democratic election scheduled for July of 2011 is the most anticipated event. Until the permanent government is formed, the people of Tunisia and neighboring countries will be closely monitoring the actions of the administration of Acting President Fouad Mebazaa, who has assumed the main functions of power.

Even after the expulsion of Ben Ali, many of his former colleagues remain in power, which to some extent fuels the discontent of the revolutionaries. On the background of the anarchy that has engulfed the country, the interim government is trying not to take any drastic measures that could aggravate the situation. Immediately after coming to power, Fouad Mebazaa has declared the policy of reforms.

Nonetheless, a false statement of a former interior minister Fahrata Raihi sparked a new wave of unrest in early May, which indicates the continuing unstable situation fraught with new revolutionary explosion. "The ruling circles in Tunisia are ready to hold on to power by force if the Islamists win the elections on July 24," said Fahrat Raihi. The official authorities have not supported this statement.

However, the words of Prime Minister Beji Qaeda Esebsi, who called Raihi a liar, have not been heard. Hundreds of people took to the streets and began raiding shops and setting cars on fire. The police and the army are forced to somehow respond to the continuing growth of unrest involving robberies and looting. In early May at least 600 people were arrested.

"Over four months after the defection of President Ben Ali, Tunisia has again plunged into a" democratic recovery." Starting Thursday, May 5, 2011, pockets of protests against the existing order took place in the capital and its suburbs, as well as in other cities," said Radio France Internationale. Mass arsons of police stations and bank buildings have started. On May 9 Esebsi warned that the elections may be postponed because of the unrest.

The recent events suggest that the turmoil in Tunisia may linger, as has happened many times in the history of revolutions. Another sign of instability is the frequent change of the cabinet members caused by chronic unrest of the masses that are becoming infected with revolutionary attitude.

After the fall of Ben Ali, quite substantial changes in the spectrum of political forces took place in Tunisia that can influence the formation of the country's future. Analysts draw special attention to the re-entry of Islamists into the country, whose activities had long been under a total ban.

The date of creation of Islamist party An-Nahda (Renaissance) is considered to be 1981. The period of legal existence of An-Nahda lasted eight years (until 1989). Its leader, Rashid Ghannouchi, until recently was in exile in London. Since January of 2011 the Islamists have taken an active part in protests across the country.

Muhieddin Sherbib, one of the founders of the Committee in defense of human rights and freedoms in Tunisia, said that the Tunisian Islamic movement is close in spirit to the Turkish Justice and Development Party and does not constitute a danger to the democratic movement in Tunisia.

Today, the probability of a quick rise to power of radical Islamists in the country, despite the continued unrest, is rather low. While security forces maintain their loyalty to the interim government, the situation may remain relatively stable (at least in the coming months). Nevertheless, the future elections might bring the party An-Nahda significant success. Islamists in Tunisia, as the only organized force, are likely to obtain approximately 40 percent of votes.

Unfortunately, "Jasmine Revolution" does not mean the transition from authoritarianism to democracy in the near future. In the last century revolutions and military coups in the Middle East gave rise to authoritarian regimes that had been established for years and decades. Ben Ali in Tunisia, Hosni Mubarak in Egypt, Muammar Gaddafi in Libya became the undisputed leaders whose legitimacy was doubted neither in Africa nor in America or Europe.

Evaluating the possible effects of the "color revolutions" of the 19th century in the Arab world, it should be considered that after the fall of the Soviet Union the world has become unipolar. Tunisia and Egypt will be forced to build the Eastern democracy at their own risk, keeping the relative loyalty to the U.S. and the EU.