Bin Laden dead: So what? 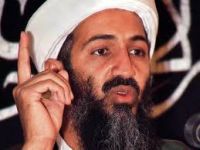 "An anonymous US official has said that Usama bin Laden is dead and has been buried at sea". Well, it doesn't get much more vague than that, does it? And as for verification, we are left with hearsay, the source of information being little more than a gaggle of grannies at the bakery. And already a fake photo.

These days news is frequently broken as gossip. Nudge, nudge, hey have you heard the news? Someone heard the butcher's wife saying she heard someone at the hairdresser say that that actor, what's his name? You know, that actor, he's gay!! He isn't going anywhere near my children!

And now for something totally indifferent...an unnamed official says that Usama bin Laden has been killed in a firefight with US special forces a decade after the Afghanistan offensive was launched, 12 years after the same Usama bin Laden was seen critically ill being treated for kidney problems in a Middle East clinic, in Abbottabad, 50 km. from Islamabad in Pakistan.

The problem is, can anyone seriously believe a word the bought media says these days, and particularly when the source is in the USA or UK? The lies leading up to the invasion of Iraq (unfounded reports that Saddam Hussein's government had Weapons of Mass Destruction posing an immediate threat to the USA and its allies, nonsensical forged documents stating that the same government had tried to buy yellowcake uranium from Niger, and then the thesis copied and pasted from the Net - Colin Powell's "wonderful intelligence" from an MI6 clerk who fabricated a casus belli in ten seconds flat), the lies leading up to the invasion of Libya, and the untrue, unfounded and wholly undeserved demonology surrounding Muammar Al-Qathafi (terrorists being passed off as unarmed civilians) destroyed any thread of credibility these sources may have had.

Thus is the death of Usama bin Laden a replay of the "death" of Saddam Hussein? Pravda.Ru reported at the time that prior to the invasion in 2003, the last time Saddam Hussein had been seen was back in 1998, looking seriously ill lying on a stretcher with cancer of the lymph glands, weighing some 48 kilos and yellow in complexion. Five years later there he is looking 10 years younger with a different set of teeth and a totally different jawbone structure. "He must be dead because I saw the hanging scene on the Net". No you did not. In fact the only thing you do NOT see in that puerile reconstruction is the actual hanging itself.

Did Saddam Hussein die long before the invasion, and was the invasion because the allies suspected that the regime was using doubles to perpetuate its existence, deciding to go in before Al-Qaeda could get its hands on the weapons programmes? We will never know.

Neither will we know the truth about Usama bin Laden, unless there is some better documented evidence than hearsay and no body. The first reports say he had a Muslim burial at sea, now there are rumours the Americans have the body. A false photograph circulated around the Internet of a bloodied face supposed to be that of Usama bin Laden. But it wasn't. Does it make any difference anyway? Not really. Al-Qaeda, as it exists, is a very loosely-organized and so far amateurish collection of motley wannabes who have trouble setting fire to their shoes or underpants in passenger aircraft. Let us be honest: if I wanted to, which I don't, I could do far more on my own with access to the type of money Al-Qaeda is supposed to have. The mind boggles as to how this group of incompetents pulled off a stint like 9/11...

By now Usama bin Laden would have decentralised the command and control of his operation (being the excellent operational he was) and the chain of command anyway was horizontal and not vertical, matters being organized by regional cells financed from the central kitty.

With many hands now having access to this kitty, the supposed death of Usama bin Laden seems more like a publicity stunt for a President with flagging popularity ratings at home, much as Bush played the bin Laden card shortly before his re-election.

As for me, until more credible evidence appears on the death of America's most wanted man, I am totally and wholly unimpressed and as sceptical as I always am about everything the bought media says, something which goes for the representatives of the regimes in Washington on either side of the political fence.