European Union bursting at the seams 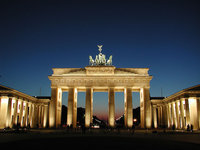 The European Union is arguing about the controversy surrounding the proposals of France and Italy to restore border controls within the Schengen area due to the influx of refugees from North Africa. As it turns out, the other southern European countries support their initiative. However, the third pillar of the EU - Germany - is against it.

Disputes about the ways to cope with the influx of refugees from North Africa have been dragging on for weeks. In early April, Italy that is in the most difficult position, has decided to issue temporary permits for movement within the Schengen area to the residents of Arab countries in Africa who do not wish to stay in the Apennines. It has to do mostly with the citizens of Tunisia who speak French and have relatives in France

Yet, as soon as the train with the Tunisian refugees departed from the Italian Ventimiglia towards Marseille, the French authorities refused to let it in. Some sources in the administration of President Nicolas Sarkozy have even talked about the possibility of withdrawing from the Schengen area. A serious crisis emerged in the Franco-Italian relations; the two sides exchanged notes of protest. Sarkozy and Italian Prime Minister Silvio Berlusconi had to quickly defuse the situation.

On April 26 the two politicians met in Rome and seem to have settled all bilateral disputes on immigrants. Sarkozy and Berlusconi made a plan for a major reform of the Schengen area. The French leader had to defend himself saying that the Elysee Palace did not question the preservation of a common visa space within the EU. However, it would not hurt to restore border controls.

After the talks with Berlusconi, Sarkozy said that they wanted the Schengen to exist, but that it had to be reformed. According to the French leader, there was an urgent need for strengthening the FRONTEX agency, engaged in coordination and cooperation at the external borders of the EU. In fact, this meant that the boundaries between Schengen members will not be so transparent.

In turn, Berlusconi said that the two leaders signed a joint declaration on combating illegal immigration. He stated that nobody wanted to block the Schengen Agreement, but under the exceptional circumstances certain changes should be made. He added that they would be working on this together. Berlusconi said that immigrants from Tunisia cannot just obtain refugee status, because "there is no civil war in Tunisia."

It must be said that the Commission heard Sarkozy and Berlusconi. EU commissioner for internal affairs Swedish Cecilia Malmström said that on May 4 she would present the proposals to reform the Schengen zone, suggesting the recovery of border and customs control in exceptional cases. On May 12 the proposal will be considered by the interior ministers of the countries - EU members.

We can only guess what decision will be made as a result of this meeting. The reactions differ greatly. Among the ardent supporters of the idea of ​​Sarkozy and Berlusconi are Greece and Malta, which is hardly surprising. Little Malta has already hosted several thousand people. The Greek island of Crete where thousands of Egyptians might be heading is facing humanitarian disaster due to the influx of refugees.

On April 27, Foreign Minister of Greece Dimitris Drutsas told reporters after his meeting with his Maltese counterpart Tonio Borg that he was very pleased to hear the confirmation of the need to demonstrate solidarity with those EU member countries that are located in the Mediterranean and are faced with a powerful influx of illegal migrants.

According to him, Greece fulfills the plan of France and Italy on the distribution of refugees among different EU countries. Until now there was a rule that illegal immigrants were sent to the country through which they penetrated into the EU. Greece has suffered from this practice the most because 90 percent of migrants from Asia and Africa get to Europe through its territory.

On his part, the Maltese Minister Tonio Borg has made it clear that the Franco-Italian initiative should not become a prelude to the creation of new dividing lines in Europe. "I hope that the possibility of changes in the agreement will not mean building new walls or gates, which will impede the free flow of legitimate citizens of the EU", he stressed.

Then the major EU country, Germany, voiced its opinion. Foreign Minister of the country Guido Westerwelle said that he opposed the restoration of border controls within the EU. He said that if the Schengen system could be improved, it is a good thing, it has to be done. However, the freedom of movement in Europe is an achievement that should not become a subject of discussion again.

It must be said that Westerwelle decided in some way to correct the representatives of the Bavarian government. In contrast to the federal authorities of Germany, they threatened to introduce border controls with Austria if the influx of illegals from the south continues. Incidentally, the Bavarians currently have control of the border with the Czech Republic. It turns out that Berlin's orders do not spread to Munich.

In an effort to alleviate the effect of possible discontent with their position, the Interior Minister of Germany Hans-Peter Friedrich expressed his desire to help Malta and to take one hundred refugees from North Africa. The German official stressed that it would be an act of European solidarity with a small island suffering from the influx of illegals. Sweden was more generous and expressed a desire to save Malta from the presence of two hundred refugees.

It is not the first time when the situation with North African refugees became a test for the EU. If earlier it was the apple of discord for France and Italy, now the dividing line runs between these two countries as a group (as well as Greece and Malta) and Germany. The Germans who do not have access to the Mediterranean Sea want to stay away from this story. They have their own problems with the Turks, Kurds, Arabs, Albanians and other immigrants from troubled Muslim countries.

It is also possible that Germany had agreed to retaliate on France and Italy (especially the former) for being too zealous in the operation to overthrow the Libyan leader Muammar Gaddafi. Unlike its EU partners, the Germans prefer to stay away from the bombing questionable from the standpoint of the international law. The fact that increasingly more refugees are arriving to the Italian island of Lampedusa is the direct result of the Libyan military operation.

However, in the end it turns out that the leading EU countries cannot agree on any major issue in the recent years. The story of North African refugees simply exposed the weakness of the EU as a large and powerful supranational body.