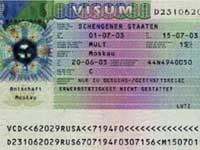 France seems to have questioned one of the fundamental EU principles - freedom of movement within the EU. The possibility of revising the Schengen agreement by French was on the agenda in connection with the influx of refugees from North Africa, particularly from Tunisia.

The discussion about a possible withdrawal of France from the Schengen area is the key point of the leader of the ultra-right "National Front" Marine Le Pen. However, until last weekend other politicians did not ask this question so radically. The situation has changed on April 17, when the French authorities did not allow a train from Italy into the country. The train was transporting hundreds of refugees going from Tunisia who received temporary documents from the Italians allowing them to freely move through the Schengen area. The situation boiled down to a scandal in the Franco-Italian relations.

Violation of the rules on freedom of movement on the territory of the European Union stated in the Schengen agreement is obvious. However, the EU leaders actually took the side of France, explaining that the Schengen rules allow resorting to such measures on a temporary basis.

Yet, it soon became clear that some representatives of the French leadership were inclined to go further. On April 22 an unnamed source at the Elysee Palace announced that France was exploring the possibility of suspension of the Schengen agreement. The reason for that are precisely refugees from Tunisia, many of whom have relatives on French soil.

It looks like a scandal of the European scale, since freedom of movement is one of the cornerstones of the EU. On April 24, Minister for European Affairs of France Laurent Wauquiez made a clarification. He stated that his country did not intend to remove itself from the Schengen agreement, however, border controls at the borders between the countries - EU members would not hurt.

"We need to have an emergency brake mechanism in the event of a major crisis. We are not talking about leaving the Schengen, it would be pointless. It is about working with our partners on new contract terms. France wants to explore the possibility of restoring border controls in the event of a major influx of (immigrants) at the borders of the Union," the minister said in an interview with the newspaper Journal du Dimanche.

According to him, the French authorities will not listen to the calls of "National Front" to withdraw from the Schengen. On the contrary, they are going to develop a new European approach to this matter, and intend to develop particularly close cooperation with Italy. Wauquiez said that greater integration was required, including common border services and sharing vehicles and information.

How should the actions of France be interpreted? On the one hand, its fears are understandable. Several hundred thousand of immigrants from Tunisia who kept in touch with their historical motherland already reside on the French territory. Not all French Tunisians were integrated into the European society, let alone the new refugees from North Africa, many of whom speak French very well, but prefer not to live the European way.

On the other hand, the influx of Tunisians is the payback for the colonial and post-colonial policy of France. From 1881 to 1956, Tunisia was a French colony, and for many of its inhabitants French, and not Arabic, became the native language. Then, as if apologizing for the years of colonialism, France has allowed residents to move from their former colonies in the metropolis.

In 1976 a law was passed "on the reunification of families," according to which the immigrants from former colonies already living in France, could come visit their relatives. However, the concept of relatives among the Arabs and African blacks includes far removed cousins and uncles. As a result, the country is flooded with people not adapted to the European way of life and having no desire to adapt. Not only that - many of them still live in closed ghettos, observing their laws that openly contradict the French law and the foundations of the tradition.

Now, in the desire to somehow slow down the influx of Tunisians, the French actually encroached on one of the pillars of the EU - the Schengen agreement. Will France remove itself from the Schengen? What are the issues of the integration of Tunisians in French society? A senior researcher at the Institute of Europe RAS Sergei Fedorov shared his thoughts in an interview with Pravda.ru:

"The situation is not likely to escalate to the withdrawal of France from the Schengen. The common EU visa space has already proven to have more advantages than disadvantages. 22,000 Tunisians is a rather large number, but clearly insufficient to jeopardize the existence of the Schengen and membership of the French.

Stopping the train coming from Italy, the French were guided by formal issues. They included the fact that anyone wishing to enter their territory should have enough money to survive. Actually, this is explicitly stated in the Schengen rules. Therefore, when the Commission did not condemn France for stopping the train, it had all the reasons to do so.

France has been talking about the fact that the EU should adopt a common policy on immigration since 2008, when it had the Presidency of the EU. Since then, the issue has worsened. Some pan-European solution would be certainly found. All European countries are in the same boat in terms of the immigration issue, and Paris is not the only country that is facing this challenge.

The French are partially to blame for the situation. When in 1976 they adopted the law on family reunification, they were thinking about economic issues. The country needed cheap labor, and the law was beneficial. The fact that many of these immigrants are absolutely not adapted to the European traditions, that their children and grandchildren born in France live according to the customs of the ancestors was not considered when the law was adopted. Today the French are reaping the fruits of their folly.

Currently, many of the provisions of the law have been revised. Today, it is not as easy for Tunisians to settle in France as it was 20 or 30 years ago. Rather stringent penalties for fake marriages have been introduced. At the same time, DNA tests to prove family relations suggested for potential immigrants by the "National Front", have not yet been introduced. The "democratic society" protests, saying that it would violate human rights.

Tunisians in France have a reputation for being the most civilized among immigrants from North Africa, and are believed to integrate into the European society easier than others. However, this is very relative. Many of them are absolutely not integrated and do not want to integrate. The issue remains, and it will not be solved by leaving the Schengen."