Bosnia can be exploded by Croatian 'bomb' 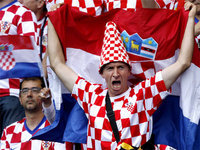 After the completion of military actions in Bosnia in 1995, the country was divided into two units on the initiative of the West - the Muslim-Croat FBiH and Republika Srpska. The majority of the population of the former is Bosnian Muslims who greatly impact the policy decisions. This state of affairs does not seem to be satisfactory for the Croats any longer.

On March 17 the House of Peoples was created without the participation of the leaders of the victorious Croatian parties. A new president, two vice presidents and members of the government have been elected. The Constitutional Court and Austria's Valentin Inzko, High Representative of the international community in BiH, tried to resolve the crisis. The attempts have failed. The winning Croatian parties did not recognize the new government and convened the Croat National Assembly.

As a result of the meeting a resolution was adopted. The current government of FBiH was described as "illegal and unacceptable for the Croatian people." The delegates in attendance demanded transformation of Bosnia and Herzegovina into the country of the three national entities - the Muslim, Serbian and Croatian. According to the authors of the document, the rights of the Croatian voters are constantly violated in BiH, and practices of marginalization of this community should be stopped.

The resolution of the Croatian National Assembly states that only a thorough reform of the constitution that would ensure full institutional equity and new administrative-territorial structure of the country based on the number of federal units, of which at least one would be with the Croatian majority, can guarantee real equality of the Croat people in BiH.

It is noteworthy that Croatian politicians berated not only Muslims but also the international community that provoked the constitutional and legal crisis in BiH by its unjust and discriminatory actions. The High Representative Inzko who gave consent for the formation of the FBiH authorities without the participation of the Croats received particularly harsh criticism.

Croatian politicians in Bosnia urged the international community to impartially assess the needs and interests of the peoples of the country, as well as use its authority to return the processes taking place in BiH into the legal realm. In conclusion, the statement said that Bosnian Croats strive for secure, stable, independent and European-oriented Bosnia and Herzegovina.

Some Bosnian Croat politicians emphasized that their demands are supported by the Croatian authorities. This is not duplicity. A few months ago during a visit to the U.S. Croatian President Ivo Josipovic explicitly stated that Zagreb was not satisfied with the position of the Bosnian compatriots. "Bosnia and Herzegovina need some changes, primarily in terms of equality of all nations", said Josipovic. In fact, it was also a hint at the separation of the Croatian unit in Bosnia.

Are Bosnian Croats entitled to complain about their fate? In many respects, they are. In contrast to their national state, which the West recognized as the unitary one without Serbian autonomy (although 20 years ago, Serbs constituted 14 percent of Croatia's population), the Bosnian Croats did not get what they wanted. According to the Dayton Accords signed in 1995, they were obliged to live together with Muslims in one country and were denied the right to join Croatia (the same way Bosnian Serbs were not allowed to reunite with Serbia).

Today, Croats make up 14 percent of the population of Bosnia and slightly over 20 percent of the Muslim-Croat Federation of BiH. However, in some western areas they constitute the vast majority of the population. Formally, the Croats are represented among the authorities of FBiH, and their representative heads the entire Bosnia and Herzegovina on a rotating basis from time to time. Yet, due to natural reasons, their impact on the country's politics is not as significant as that of the Muslims. It will be even weaker as the demographic factors work against the Croats.

Historical memory should not be disregarded either. The Union of Muslims and Croats is largely the result of the Western pressure on both sides. At the same time, the military actions of 1992-1993 between the Muslims and Croats in Bosnia were far more ferocious than those between Bosnian Croats and Bosnian Serbs. Mercenaries from Islamic countries who fought on the side of the Muslims destroyed the Catholic Croats with the same frenzy as the Orthodox Serbs. However, the Croatian troops were not much humane towards the Muslims.

Today, after more than 15 years after the war end, the city of Mostar, where the current Croatian Assembly is held, is divided by the river Neretva into the Croat and Muslim parts. Confrontations are rather frequent between the two communities. In general, the FBiH is a kind of Muslim-Croat marriage forced by the West that wants at all costs to preserve the unity of Bosnia and Herzegovina.

How long will this artificial entity stay on the map of Europe? As it turns out, it is not agreeable not only with the Serbs inconvenient for the West, but also the Croats who are quite loyal to it.

Elena Guskova, a historian and a witness of the Hague Tribunal, Head of the Center for the Study of Modern Balkan crisis of the Institute of Slavic Studies RAS commented on the aggravation of the Croatian issue in Bosnia and Herzegovina for Pravda.ru:

"Until 1994, the Bosnian Croats had their own entity - the Republic of Herceg-Bosna. It relied on the support of Croatia, the Croatian Army fought side by side with its Bosnian compatriots. Croatian kuna was the currency of Herceg-Bosna, students were taught based on the textbooks written in Zagreb. Bosnian Croats hoped that Zagreb would always help them.

However, in 1994, the West forced the first president of Croatia Franjo Tudjman to abandon the support of the Bosnian compatriots. In order to create an alliance against the Serbs, at the will of the West, Herceg-Bosna was abolished and merged with the Muslims into a single administrative unit where the majority of the population was Muslims. The Croats have not received their own unit, therefore they considered themselves wronged.

Years have passed; the Republika Srpska has grown stronger, which cannot be said about FBH. The power changed in Croatia several times, Croatia is no longer pressed by the West, and Zagreb is no longer embarrassed of supporting its Bosnian kinsmen. So far the Bosnian Croats do not openly state their desire to secede from Bosnia and join Croatia, they only discuss the autonomy. Yet, after receiving their own administrative unit an issue could be raised of the separation of the Bosnian Croat areas.

Bosnia and Herzegovina could have been more robust, but the West did not build it right. The U.S. and EU would have to provide support and attention to all three communities, but they were seen as biased towards Muslims. The autonomy of Republika Srpska was cut continuously as it made 78 concessions in relation to all-Bosnian authorities. Yet, today, the Bosnian Serbs do not want to give in and demand a number of powers back. As shown by the current story, the situation no longer satisfies BiH and Croatia."