The West dreams about Russia to collapse 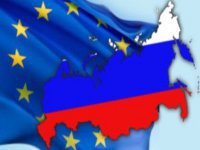 In response, the priest talked about the need to close "Kavkaz-Center" for the Finnish users on the grounds that this publication promotes racism and other forms of extremism. In addition, he called for disclosing the names of those involved in the functioning of the Internet resource, because it is the secrecy that allows its legal status in Finland.

What did the Finnish authorities not like? They were outraged by the fact that he dared to call "Kavkaz-Center" a "mouthpiece of terrorists." The Lutheran Church got involved as well and banned the pastor from conducting service.

Earlier news agencies spread the words of Molari that, in fact, the Finnish government made "Kavkaz-Center" nearly a sacred cow. According to him, it has the real support of the Finnish authorities and it is prohibited to publicly speak out against its activities.

Earlier, Russian Foreign Ministry repeatedly made statements about inadmissibility of "Kavkaz-Center" because it "openly incites violence, inter-ethnic and sectarian strife."

What is going on in Finland? Why does Helsinki so clearly demonstrate the support of the resources supporting separatism in Russia? Johan Backman, Chair of Anti-Fascist Committee of Finland, shared his thoughts in an interview with Pravda.ru:

"A large part of the Finnish political elite openly advocates Russophobia. Take, for example, MEPs from Finland Heidi Hautala who is professionally engaged in Russophobic policy. She is precisely the person who protects the activities of "Kavkaz-Center" and other anti-Russian organizations like Finnish-Russian Civic Forum, lobbying their interests in the European Parliament.

She is in a very comfortable position to do this. She is the chairman of the European Parliament's subcommittee on human rights and uses this platform to defend extremist and terrorist structures.

Hautala is not an isolated example of a politician who does not hide her Russophobia. In fact, she only reflects the tip of the Russophobic iceberg hidden under the guise of the European Parliament. She and her allies in this structure do not hide the fact that they recruit members of Parliament to its ranks.

I personally observed the change in the position of those elected representatives who initially did not have anti-Russian attitude. Yet, after staying with the European Parliament and being exposed to certain brainwashing they surprisingly turned into Russophobes. Nearly all former members of the European Parliament, at least from Finland, are Russophobes. The center of this terrorist activity is in Helsinki."

"Who is behind the activities of "Kavkaz-Center"?

"Of course, the Finnish and other politicians from the countries like Estonia, Latvia, Lithuania and Poland that are trying to use the separatists and terrorists in their own interests. The first name I should call is the name of the financial founder of the "Kavkaz-Center" Mykolas Storsjo. This is the person whose name was recently associated with the illegal immigration into the territory of Finland of at least 100 people from Turkey and Chechnya. In fact, he is the one of the main financiers of Doku Umarov, the leader of the terrorists operating in the North Caucasus. Storsjo with the assistance of mouthpieces like "Kavkaz-Center" openly promotes hatred towards Russia and its leadership."

"It is worth mentioning that some of the Finnish personas simultaneously feed the Belarusian opposition."

"Absolutely, in fact, these are all the links of one chain. The purpose of all this is maximum resistance to rapprochement between Belarus and Russia. What's interesting is that these representatives provide information support to terrorists. To come to this conclusion it is sufficient to follow their response to the terrorist attacks in Domodedovo and Minsk. First, each time after similar explosions corresponding reaction appeared with a speed of lightning. Therefore we cannot rule out their involvement in such terrorist attacks.
If, however, we carefully examine the ideology of these mouthpieces of separatists, then we can conclude that their main focus is Islamism, coming just from many representatives of those communities that have entrenched themselves in Finland.

"Did these politicians fear that one day the Islamists would strike against those who sheltered them? After all, the ideology of Islamism is essentially aimed at establishment of Sharia across the globe."

"This is very true. I do not rule out that at one point those who incite the information war against Russia will themselves become targets for attack by Islamists.

The majority of the Finns do not have Russophobic attitudes. Judging by the reaction of the former Finnish security police, the attitude of its employees strongly differs from the views of the elite. However, the State Security Service of Finland is virtually paralyzed by the actions of the authorities, trying to make it dance to their tune.

The evidence of this is the endless mess in the management of the Security Police. Its directors are being fired and pursued not by accident. This happens because they do not support the current interests of politicians, aware of the dangers of attracting Islamists to Finland who will sooner or later come out against most of the Finnish democracy."

"How can journalists of democratic Finland tolerate the presence of the Islamists? Do they not denounce their activities?"

"In fact, they are fed by the Finnish authorities. There is excellent communication between them, and many media outlets in Finland just follow the orders of the official Helsinki. Judge for yourself: as soon as I or other members of the Anti-Fascist Committee express indignation about another manifestation of Russophobic Finnish authorities or their mouthpieces, like the "Kavkaz-Center, a deliberate harassment starts.

They call us all kinds of different names. They call us "Racists" for fomenting ethnic strife, hirelings of Moscow. The authorities are doing everything to shut my mouth. For example, they ban me from conducting the planned lectures at the University of Helsinki. In turn, they are actively promoting the fact that all Russians are racists, and all the Chechens in Russia are victims of genocide. Russian journalists who try to resist these attacks are called the hirelings of the FSB. As the information source they use the statements of "Kavkaz-Center". This is what democracy looks like.

"What is the situation with the activity of organizations similar to "Kavkaz-Center" in other countries?"

"The same attitude of the authorities is often observed in relation to the diaspora of immigrants from the North Caucasus located in other European countries, particularly Norway. This diaspora is extremely politicized and aggressive. And if I or someone else try to speak out in defense of Russia and to condemn the activities of entities like "Kavkaz-Center", we are threatened with murder. And they influence the decisions of the authorities of such countries. For example, the Estonian authorities are constantly trying to compromise my communication with students of Tartu University.

"At least to weaken Russia, but in reality the plans of those who are associated with structures such as "Kavkaz-Center" go much further. Their dream is the collapse of the Russian Federation. They almost do not hide that they want to ensure that Russia has the fate of the Soviet Union. Of course, they are trying to present it ideologically correctly, but behind all this is the desire to get additional living space and the enormous raw material resources available to Russia.

"For many inexperienced people this version looks unrealistic. How can anti-Russian forces achieve this?"

"The election in Russia is pretty close, and now Russophobe forces want to make the most of it in their interests. They are trying, by supporting the opposition and the destructive forces, to topple the Russian government. Their plans include organizing a "color revolution". Such leaders openly support the opposition of the current Russian government, meeting with politicians like Nemtsov, they also support the activities of Limonov's group. These people regularly visit Finland where they receive a blessing for their actions. And if the "color revolution" fails, then they are ready to blow up a civil war. This is not confined only to the separatist and oppositional organizations. To support the destructive forces, in fact, there are plans to attack Russia."

"Why is Finland lately can often be seen in Russophobic forefront?"

"For those who are engaged in subversive activities against Russia, this country is of strategic importance. There was a reason why Hitler intensely courted the Finnish leadership in his time for opposing the Soviet Union, since it represents a good springboard for attacks, at the very least its airfield network.

"Are you saying that Finnish politicians are not an independent force?"

"Exactly. A number of Finnish politicians exploiting the structures like "Kavkaz-Center" for the most part are not independent and are being used. Such Russophobe personas exist almost in all Western countries, but in fact they are all controlled from the United States and in many respects act on the order of people like Brzezinski.