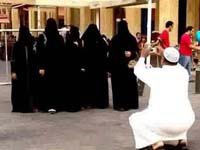 The operation of the West against Gaddafi is progressing according to the plan. Using the NATO air support, the rebels are slowly but surely beginning to besiege the forces of the Colonel. Outdated Libyan air defense could not resist the air and missile strikes of the alliance. Under this scenario, in a maximum of one month most of its heavy equipment would be destroyed. The way to Tripoli will be open to the rebels.

How long will the Colonel, blocked from the air and sea, hold the defense? Apparently, not as long as he would like, but he will not surrender as fast as NATO would want. He has no problems with ammunition and small arms, but this cannot be said of everything else. Western analysts are counting on the fact that food stocks will last Gaddafi maximum of four months.

If his agony drags on, the ground forces of the alliance will get involved. Their representatives are already engaged in the "courses of the young fighter" with the rebels, most of whom are not well versed in military affairs. Anyway, the Western powers did not begin this operation to overthrow the colonel to stop halfway.

We cannot be seriously speaking about "Libyan Stalingrad". We have witnessed all the eloquent speeches about the defense of Baghdad in 2003, which was seized by the Americans with minimal losses.

However, Libya's issues do not stop here. After the overthrow of Gaddafi the West will have to take care of the further transformation of Libya. Will the east and west, Cyrenaica and Tripolitania, be able to coexist in a single state? This is a very big question. Perhaps it is only possible under the authority of an authoritarian leader. Given the fact that the rebels represent the interests of mostly eastern Libya, the Colonel's replacement may come from there.

However, whether Tripolitania that at some point favored Gaddafi, tolerate a government representative of Cyrenaica, remains a question. This is not only a power issue but also the issue of redistribution of the country's oil revenues.

The working conditions in the Libyan energy market for foreign companies were "tough." Nevertheless, they worked there because the cost of a barrel produced did not exceed two dollars.

Can we really say that the opposition brought to power by the West will play by the rules Gaddafi used to play? In any case, it would seem logical if the appointees of the West thanked him for military aid by providing him with more profitable contracts.

The amount of the proceeds from the sale of Libya's energy resources to world markets would be much less than it has been under the Colonel. This means that the Libyans would have to forget about the benefits they had under Gaddafi, like a liter of gasoline for 14 cents, or interest-free loans for housing purchase.

How loyal would the Libyans be towards such government and would it be able to provide a steady supply of oil and gas abroad? This is another question no one can answer. Also, speaking of the overthrow of Gaddafi, the West does not know yet exactly who can replace him. It is likely that eventually the bid will be placed on someone from the representatives of the "liberal bloc of Benghazi", who sided with the rebels just in time.

Yet, will the Liberals be able to retain the power? Holding democratic elections in the country may yield the most unexpected results. The authority of the henchmen of the West in Libyan society is negligible. Therefore, they can very quickly be wiped out by Islamic radicals. Instead of "unpredictable" Gaddafi there will be completely predictable Islamists.

It is ridiculous to talk about democracy as such in an Arab country. Yevgeny Satanovsky, President of the Middle East Institute aptly described it as "the right of the majority to kill the minority." However, such details are not interesting to the West. The important thing, as recently stated by Obama, is "Libya's democratization." That is, Libya without Gaddafi, which could ultimately split according to the historic-geographical principle into the feuding Tripolitania and Cyrenaica.

The removal of the former Libyan leader opens a real Pandora's box. We can talk endlessly about things that would happen after the removal of the Colonel, but one thing is clear: every bomb and missile launched by the West against Libya will turn against it. For example, today very few people in the EU think about a flow of refugees into European countries. In recent years it was the Libyan direction that has become one of the key ones for penetration of illegal migrants from third world countries into the EU.

Gaddafi somehow dealt with illegal immigrants. After his removal it will be impossible to keep the situation under control. This requires a strong unified government, which will not happen in Libya after the overthrow of the Colonel in foreseeable future. If so, we can anticipate an increased flow of illegal immigrants into the EU though the Libyan traffic. With each new uninvited guest the already explosive situation in the European Union with migrants will only get worse.