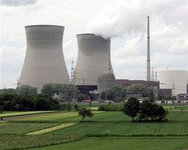 The accident at the Japanese nuclear power plant in Fukushima has had an enormous impact on changing political preferences in an entirely different corner of the world - Germany. At the last state elections in the country the opponents of nuclear energy from the Green Party showed unprecedentedly high results. Now their representative will become the prime minister of one of the states for the first time.

Only recently state elections in Germany seemed to be small-town news. The most that they could seriously affect was the distribution of the seats in the upper house of the parliament (Bundesrat), which is formed as a result of the state elections. However, the events at the Japanese nuclear power plant in Fukushima and the subsequent controversy about the fate of the German nuclear power plants have attracted much attention to them. As it turned out, not without reason.

It is not an accident that the disaster in Japan has caused fierce debates in Germany. The disputes around nuclear power have been ongoing there for a long time. Back in the 1979 in then West Germany the Green Party was formed as the answer to the policy of the traditional parties who drove the rampant industrialization of Germany. One of the cornerstones of their program was precisely the fight against nuclear power plants.

In 1983, the very first Bundestag election campaign of the Greens has brought them success. The party has overcome the five percent barrier and obtained deputy mandates. By this time it has launched a powerful environmental movement against the policies of the traditional parties. It must be said that their efforts had their benefits. In the 1970s, the Rheine was called the "gutter of Europe," and largely due to the activity of the Greens the situation was reversed. Today the river is full of fish, and the population of Rhine beavers has been restored.

The Chernobyl disaster in 1986 only reinforced the Greens in the desire to shut down the nuclear plants. However, the political situation was not beneficial. Conservatives in power from the CDU/CSU had a completely different view on this matter. It was a Christian Democrat Helmut Kohl who became the chancellor-unifier. In 1991, during the first Bundestag elections in the united Germany, the Greens have failed to overcome the five percent barrier. This was understandable as the euphoria of unification has muted all of their Anti-nuclear statements.

However, the problem did not go away. There were 17 operating nuclear power plants on the territory of the united Germany, many of which are dozen years old.

Gradually, the Alliance '90/The Greens was formed in the eastern states, which was upholding the principle of anti-nuclear power despite all the economic costs associated with its abandonment. In 1993 the party merged with its West German colleagues into a single Alliance '90/The Greens and two years later returned to the Bundestag and passed to the European Parliament. In 1998 it reached the new heights.

As a result of the early elections to the Bundestag, a coalition of Social Democrats and the Greens was created. The Leader of the former Gerhard Schroeder became a Chancellor, and the head of the Greens Joschka Fischer became a Vice-Chancellor and Foreign Minister. In many lands red-green governments have been formed. For the first time in the history of the largest European country environmental activists have obtained serious power levers.

One of the cornerstones of the new coalition that was in power in 1998-2005 was the struggle for the closure of nuclear power plants. As a result, the Schroeder-Fischer government has adopted a program that would shut down all nuclear reactors in the country by the end of 2017. The Social Democrats turned out to be good partners for the Greens as they also adopted an extensive environmental program that involves the abandonment of nuclear energy.

In many ways the example of closely related Austria became the inspiration for the German Greens. In 1978 at a referendum in Germany the majority of the population voted against the development of nuclear power plants. Since then, the slogan of anti-nuclear energy was picked up by all the leading parties of the country, including the right-wing, which was not originally a proponent of it. The Austrians led struggle for the closure of nuclear power plants throughout Europe, and Germany until certain time was following the lead.

Yet, in 2005, the situation has changed. Representative of the CDU Angela Merkel became the Chancellor, and was unwilling to shut down the plants. Until 2009 she was accompanied by Social Democrat in the ruling coalition, therefore the program of shutting down the reactor was preserved. Then Free Democrats became partners of CDU / CSU, whose ranks also included nuclear lobbyists. After calculating that the abandonment of nuclear power plants will result in the need to increase purchases of Russian gas, Merkel has decided to postpone the last closure of the reactor until 2035.

However, the accident at the nuclear power plant in Fukushima has dramatically increased the fears of the Germans. The elections to the parliaments of several lands were near. Anxious not to lose the voters, the ruling right-wing parties have returned to the program of closing the plants by 2017. On March 17, it was decided to stop the oldest nuclear power plants - Nekkarvesthaym-1 and Philipsburg-1.

However, the fear of new Chernobyl and Fukushima has proven too strong, which has caused a political sensation at the election on March 27. Tremendous breakthrough was achieved by the Greens who ran in the elections under the slogan "Climate without any ifs and buts" and demanded the immediate shutdown of all nuclear power plants. They compiled a program of 20 points where they revealed the greed of the nuclear industry and argued that without a nuclear plant life would be cheaper. (However, it is doubtful for Germany that has no oil and gas of its own).

In Baden-Wurttemberg the Greens scored over 24 percent of the vote. For the first time in history they have taken the second place in one of the states, coming ahead of the Social Democrats. The CDU remained in the first place, but its partners in the FDP have failed. As a result, this land in the southwest of Germany will be ruled by a coalition of the Greens and Social Democrats. For the first time in German history, the government of one of the states will be led by a representative of the Greens Winfried Kretschmann.

A spectacular breakthrough was achieved by the Greens in the elections in Rhineland-Palatinate. Here they came third with 16 per cent. However, their result has increased by nearly 11 percent. In addition, in the municipal elections in Hesse the result of "environmentalists" was also impressive - 20 percent compared to nine last time. It looks like Germany is getting greener because of the accident at a Japanese nuclear power plant. The 11 percent of votes at the elections to the Bundestag two years ago can be transformed into twenty, or even more. Then the first "green" chancellor may become a reality.

How can Germany change if the Greens come to office? The country has become cleaner thanks to their work over the last decade. However, if nuclear power plants are abandoned, where would the country get energy from? Would it have to buy more Russian gas? This is a contradiction. The Greens do not favor Russia, constantly criticizing it for violation of human rights and infringement of sexual minorities. The former party leader Joschka Fischer publicly lobbies the Nabucco project.

In addition, the abandonment of nuclear power plants will increase the cost of electricity, which would entail higher prices. Are landowners ready to pay more for food and utilities in order to sleep peacefully and not be afraid of nuclear accidents? Are they willing to pay higher prices for railway and air tickets? All these statements are good as slogans, but when it comes to practice, the reality may be somewhat different than the political agenda.

Another weakness of the Greens is immigration policy. They, in contrast to the right wing and even the Social Democrats, oppose harsh restrictive measures against immigrants. Not only that - the party is currently led by an ethnic Turk Cem Ozdemir. Are the Germans ready to the chancellor-Turk? Hardly so. Yet, this problem is easy to solve by finding a German candidate.

A specter of a political revolution is looming over the largest country in Europe. If "the immigrant explosion" does not mute the fear of nuclear power plants, a couple of years from now Germany may have the first "green" Chancellor. Other European countries may follow the Germans example.