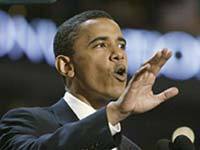 Barack Obama has recently visited Brazil, the largest Latin American country, during his tour of the region. The Brazilian administration hoped that the US president would agree to consider an opportunity for Brazil to become a new constant member at the UN Security Council. Brazilian officials also hoped that Obama would announce an intention to cancel protectionist measures at least from the imports of Brazilian ethanol.

Obama's first visit to Latin America coincided with the 50th anniversary of The Alliance for Progress plan, developed by John Kennedy's administration. The plan stopped the Cuban-style revolutionary process, which was brewing in several countries of the region at that time. Apparently, Mr. Obama decided to stop the process of the anti-American consolidation of Latin Americans. That is why the president announced that his visit would contribute to the creation of new alliances on the entire American continent.

The USA was having tense relations with Brazil during the recent years. The conflict with previous Brazilian President Luiz Inacio Lula da Silva was based on the Iranian nuclear program. Lula attempted to act as a mediator to avoid new sanctions against the Iranians. However, the USA promoted the new anti-Iranian resolution through the UN Security Council. The US administration disagreed with Brazil on a number of other issues, such as the coupe in Honduras, the cooperation with Venezuela, and several others.

Lula could not tolerate America's arrogance. US officials described his policies as an interference of a third world country into major international affairs. The ex-Brazilian president did not attend the banquet in honor of the high American guest.

The situation changed after Brazil elected its new President, Dilma Rousseff. The new president announced that she would perhaps revise the plans of the previous government to purchase 36 French-made Rafale fighter jets. Ten days later, Rousseff was contacted by US Treasury Secretary Timothy Geithner and Rep. Congressmen John McCain and John Barrasso.

A contract worth $6 billion could become a very good start for a new alliance, taking into consideration the fact that Brazil announced the intention to purchase 120 fighter jets. Afterwards, US companies could participate in the development of the recently discovered large oil fields on the shelf near Sao Paulo. Obama vowed that the US would be one of Brazil's "best customers."

However, instead of discussing the issues of economic cooperation, Obama spoke a lot about the situation in Libya. He praised Brazilian democracy and stated that Brazil was an example of how dictatorship could evolve into democracy. The Brazilians were surprised: Obama okayed the aggression, rather than the nation's permanent membership at the UN Security Council.

Many Brazilians were annoyed by inadequate decisions taken by Obama's security. The visit was supposed to start with a large meeting in the center of Rio de Janeiro. Up to 30,000 people were expected to gather to listen to America's first black president. However, the grand spectacle was relocated to the Municipal Theater where it could be viewed by 2,000 people.

There were two reasons for that to happen. First off, there was no interest on the part of potential listeners. Secondly, Obama's security asked their Brazilian colleagues not to work during the speech at all and demanded the presence of US snipers at the event. The Brazilians took it as a token of disrespect.

All the efforts to build the dialogue ended with a failure after the team of the American president made another big mistake. Before a meeting with businessmen, some Brazilian ministers had to undergo the process of pat searching. What kind of cooperation can there be if the USA shows absolutely no respect to its partners? Noteworthy, the Brazilian ministers were searched in spite of the fact that there is a ceremonial diplomatic agreement, which excludes this type of behavior.

Obama did not call the Brazilians the Bolivians, as it happened to Ronald Reagan in the past. Obama spoke a few words in Portuguese in the beginning of his speech. "Good afternoon, marvelous city," he said. This is probably the only positive thing that the Brazilians saw in Obama's visit to their country. The talks failed. It was clear from the very beginning that the US President would not support Brazil's initiative to become a permanent member at the UN Security Council. The reason why is clear: Brazil abstained from the voting on the resolution of "no-fly zone" above Libya.

Why would the United States have another adversary in the Security Council? Why would the USA cancel the duties on ethanol if there are other types of Brazilian goods and if Brazil is not ready to join the USA in putting pressure on the ALBA countries?