USA to defend Poland against Russia 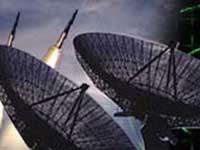 The U.S. will be deploying elements of its missile defense system in Poland. This was stated by U.S. Secretary of State Hillary Clinton at a meeting with the head of the Polish Foreign Ministry Radoslaw Sikorski.

Clinton stated that, as decided by the two Presidents in December, the US was planning to build an Air Force in Poland, as well as deploy missile defense elements and develop a security plan. She added that topics to discuss included wide range of issues in three important areas: strengthening of mutual security, increase of transparency and promotion of democracy.

The story of the deployment of the elements of U.S. missile defense system in Poland has been ongoing for several years. This intention was first expressed by the administration of George W. Bush in 2005-2006. It was assumed that ten interceptor missiles would be located on the Polish territory and a powerful radar was supposed to appear in the neighboring Czech Republic. The Americans assured that all this military power is directed solely against the missile launches from Iran and North Korea.

However, Russia had a different view. Where is Iran, where is Korea and where is Russia? These fears have been repeatedly affirmed by the statements of Polish (and some Czech) politicians that missile defense was needed precisely to protect their countries from allegedly possible aggression from Russia. Polish political elite was absolutely united in their desire to deploy U.S. missile defense elements and other objects on their territory.

The Bush administration was determined to see this development through, but in 2009 was replaced by the team of Barack Obama. The "reset" in politics was started, and the decisions of the former president have undergone a review. In September of 2009 the U.S. refused to deploy missile defenses in Poland and the Czech Republic. The late President Lech Kaczynski was extremely dissatisfied. His security adviser at the time Witold Waszczykowsk said that it was not a good situation, and that without the missile defense elements Poland was losing its de facto strategic alliance with Washington.

In order to reassure Polish NATO allies who seemed to have fallen into political hysteria, in October of 2009 the Americans agreed to the deployment of anti-aircraft complexes in Poland. They are placed just 60 kilometers from the border of Russia's Kaliningrad region. It is assumed that soon the command centers with SM-3 missiles will appear there as well. In addition, the Americans decided to locate a few F-16 fighters and transport aircrafts "Hercules" in Poland.

The Russian leadership has repeatedly expressed concerns about these plans, particularly given that the U.S. decided to upgrade its missile defense system and place military installations in several other Eastern European countries such as Bulgaria and Romania. Russia's position was reflected in the contract for the Strategic Arms Reduction Treaty (START-3). Russia is entitled to withdraw from the treaty if it feels that the elements of missile defense (i.e., defensive weapons) are a threat.

Formally, the Russian-Polish relations have improved. Russia has established a good dialogue with President Bronislaw Komorowski. However, during his December visit to the United States he has signaled that he supported the deployment of the American military elements on Polish territory near Russian borders. This time Hillary Clinton made a direct statement about such deployment.

The U.S. administration, as before, insists that the missile defense system and the air force base in Poland do not threaten Russia and are aimed against possible attacks from "outcast countries." However, the ubiquitous site WikiLeaks has recently released another portion of revelations which defeat the Iranian version. In general, missile defense and air force base in Poland are needed against Russia.

British newspaper The Guardian, citing WikiLeaks, wrote that back in 2009 the Obama administration assured the Poles that the new ballistic missile defense elements were capable of destroying missiles fired from anywhere, including Russia. The American Embassy in Warsaw reported that sea-missile platform can provide the ability to quickly respond to threats from unexpected directions, and ground-based facilities can be equipped with an even greater number of interceptors if the threat level rises, and radars can be refocused.

The U.S. diplomats have called attention to the fact that the leadership of Poland strives to obtain all possible NATO military resources. Witold Waszczykowski, who met with U.S. Senators, was asking how much time everyone still needed to realize that Russia and Iran will not change. It turned out that it did not take that much time.

A powerful American military group that includes elements of missile defense and air base is about to appear at the borders of Russia. Who is more interested in the emergence of provocative objects - the U.S. or Poland? Bogdan Bezpalko, an expert on Poland with the History Department of Moscow State University shared his thoughts with Pravda.ru:

"We can say that the Poles and the Americans have united in an anti-Russian ecstasy. It must be remembered that the ethnic Pole Zbigniew Brzezinski is the author of many anti-Russian doctrines in the U.S. Both countries pursue their own interest.

The doctrine of U.S. global domination involves blocking Russia off and surrounding it with their military objectives. This is missile defense and air force base in Poland, and the objects on the Black Sea coast of Bulgaria and Romania. In the future they are going to extend its military deployment into Ukraine and settle in Sevastopol.

As for Poland, we are not talking about any pragmatic calculations. Recently, the Poles have purchased a large quantity of obsolete U.S. military equipment, some aircrafts were completely defective. This equipment was good only because it was made in the USA. As long as it is not Russian!

The Polish political elite are hopeful that by relying on the United States their country will have the same political weight in Europe as Germany, France and Italy. To do this, they are ready to deploy almost anything on their territory. Today we can talk about the fact that this large, 37-million country in central Europe is not independent. It is to a great extent controlled from Washington.

Another trait of the Polish elite is Russophobia for the sake of which they abandon their own national interests, their own memory. The community in the country has been repeatedly outraged by the fact that, in the desire to make an anti-Russian alliance with Ukraine, the Polish authorities were in every way hushing up the fact that Banderovites were killing the Poles. The deployment of the U.S. facilities is an element of this trait.

Of course, Poland has its intellectuals who oppose this policy. However, there is no major political party that would be opposed to their country's participation in anti-Russian projects. It is not surprising that missile defense and the base of the U.S. Air Force will appear in Poland".