Whom do The New York Times and The Guardian work for? 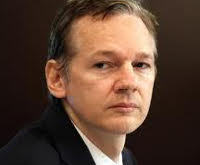 Bill Keller, an editor with The New York Times, has recently published an article titled "Dealing With Assange and the WikiLeaks Secrets." In the article, the author wrote how the newspaper was working with secret cables. From what the article says, it seems that Russia appears to be a real stronghold of  freedom of speech.

Keller wrote: "Because of the range of the material and the very nature of diplomacy, the embassy cables were bound to be more explosive than the War Logs. Dean Baquet, our Washington bureau chief, gave the White House an early warning on Nov. 19. The following Tuesday, two days before Thanksgiving, Baquet and two colleagues were invited to a windowless room at the State Department, where they encountered an unsmiling crowd. Representatives from the White House, the State Department, the Office of the Director of National Intelligence, the C.I.A., the Defense Intelligence Agency, the F.B.I. and the Pentagon gathered around a conference table. Others, who never identified themselves, lined the walls. A solitary note-taker tapped away on a computer."

The next meetings would take place in the form of daily conference calls. "Before each discussion, our Washington bureau sent over a batch of specific cables that we intended to use in the coming days. They were circulated to regional specialists, who funneled their reactions to a small group at State, who came to our daily conversations with a list of priorities and arguments to back them up. We relayed the government's concerns, and our own decisions regarding them, to the other news outlets."

"The administration's concerns generally fell into three categories. First was the importance of protecting individuals who had spoken candidly to American diplomats in oppressive countries. We almost always agreed on those and were grateful to the government for pointing out some we overlooked..."That sometimes meant not just removing the name but also references to institutions that might give a clue to an identity and sometimes even the dates of conversations, which might be compared with surveillance tapes of an American Embassy to reveal who was visiting the diplomats that day."

"The second category included sensitive American programs, usually related to intelligence. We agreed to withhold some of this information, like a cable describing an intelligence-sharing program that took years to arrange and might be lost if exposed. In other cases, we went away convinced that publication would cause some embarrassment but no real harm.

"The third category consisted of cables that disclosed candid comments by and about foreign officials, including heads of state. The State Department feared publication would strain relations with those countries. We were mostly unconvinced.

Keller wrote that in all of his publications he was guided by his patriotic feelings. He was printing only the things that were good for America. If an editor of a Russian newspaper said that he or she was discussing publications with unsmiling people on Lubyanka or Smolenka, the liberal community of Moscow would not be thrilled with such a story.

Keller threw dirt at Assange, who had given him that sensational news. Keller portrayed him as a dirty tramp, who incidentally found a diamond on a dump. The Guardian journalists Harding and Lee developed the same line. They misused the dispatches in three different ways. They were printing them partially, covering up those whom they needed to cover up. They printed them under misleading headlines and exposed them to the public at well-chosen moments. The result of all that was so amazing that WikiLeaks publications raised concerns and suspicion with a number of Russian conspiracy theorists, particularly Nikolai Starikov and Mikhail Leontiev. If it wasn't for Assange's reckless wisdom, who handed over the cables to, among others, the Russian Reporter, WikiLeaks would have worked against Russia indeed, rather than against the US imperial ambitions, as Assange saw it.

It is hard to overestimate the role of Luke Harding, the under-expelled British journalist, a specialist for the informational war against Russia. It was Harding, who was responsible for editing the Russian WikiLeaks dossier for The Guardian. It was him who gave catchy headlines (e.g. - "Russia is a Mafia State"). "The heavily edited cables about the outlooks on life of a well-known political activist (MOSCOW 002632) was turned into a material about Gunvor company and the "Kremlin corruption,"" Vitaly Leibin said. It was Harding, who covered up corrupt officials from Western companies and their partners in Kazakhstan.

In addition, Harding was diligently "whacking" Lukashenko - either at his heart's will or at the will of Western financial circles. The day before the election in Belarus, Harding published the toughly censored 06MINSK641 cables in The Guardian. For the headline, he chose the phrase about Lukashenko's personal wealth worth $9 billion. The journalist deleted the details that explained where the slanderous data were coming from. If the explanation had been preserved, the Belarusian readers and voters would only burst with laughter. Below is the explanation that had been hidden from the public eye:

"Employees of the Czech Embassy delivered the list of 50 top oligarchs of Belarus to the US economic attache. The Czechs found that list - it was published in a Smolensk newspaper. The name of the newspaper is not known, but its email is vozduhu@yandex.ru. The embassy believes that the list was most likely made by the United Civil Party, an opposition party of Belarus.

To put it in a nutshell, the list was made out of thin air and published in a local newspaper in Smolensk. And they used that for a catchy headline before the election! There can be many other examples found to prove the misuse of the WikiLeaks cables against Belarus. However, The Guardian has never published the cables from Vilnius about the arrest of a delivery man who was carrying black money to Belarus opposition activists. The newspaper has not published the cables from the Minsk embassy either. The cables were about the visit of opposition leader Milinkevich: "He came to ask for money." Harding has not written anything about the fact that the Americans saw Lukashenko as "the eventual successor to Cuban leader Fidel Castro as the next Papa' of the anti-West block." Here is how a US ambassador described him: "Lukashenko is the ideal anti-globalist leader -- he is young (51 years old), energetic, bold, and he sits at the helm of a growing, stable (for now) economy in the heart of Europe."

The Guardian, the left stronghold of Western imperialism, stands up against Iran too. Cable 09BAKU695 contains a detailed debriefing of an Iranian dissident, a young teacher from Teheran, a receiver of Western grants. It is clear that he angrily condemned ayatollahs, and his criticism of that regime was published in full. The dissident is an honest man, and he shared his views about opposition with Americans. These are realistic and pessimistic views.

He described opposition as disorganized mosaic of many groups, without any administration and goals. According to him, Mousavi is stubborn and not charismatic, Karroubi is bold, but has a few organized allies. The role of Rafsanjani is purely tactical and a short-term one. "The people do not consider him legitimate, that is why he cannot become a long-term leader." Anglo-American newspapers omitted all those observations not to ruin the impression of the Iranian opposition.

In cable 09BAKU687, an American contact in Iran explains the reason why the opposition had failed to win the Turki-speaking Azeris in the north-west of the country.

He said that "Tabriz residents are "very pragmatic"; while not afraid of protesting per se, they will only do so in favor of a tangible end result that they feel is clearly in their interest. He asserted that many Tabrizis saw the election and subsequent fallout as a power struggle within the Tehran regime which had little to do with them or their felt interests. He explained that "no matter who wins,(many Tabrizis) feel that there will be no change" in language, cultural, and government hiring policies that discriminate against Azeris. He depicted these as by far the most powerful regional political issues, outweighing desire for greater regional autonomy and other issues. While acknowledging that both Moussavi and Karroubi had made campaign statements endorsing liberalization of language policies, XXX said that these statements were perceived as lip service, and that "(de facto) Tehrani" Moussavi in particular was not regarded as credible on this issue, given his earlier attitudes on the issue when he was Prime Minister."

According to the ambassador, other sources share a similar point of view. The residents of Tabriz, i.e. Iranian Azeris, seek larger recognition of their language. They do not have many other ambitions.

Western newspapers omitted all of that important analysis not to undermine the image of the Iranian opposition.

I am not sure about human rights issues, but The Guardian always stands up to defend BP. In cable 07BAKU1268 The Guardian deleted the remarks from an Azeri businessman, who said that BP was violating laws and forcing up prices. In cable 08BAKU671 they deleted a critical phrase about BP: "Consortium members believe that BP failed the question about settlements, which cost consortium members billions of dollars and strengthened the positions of the Azeri state oil company." Readers will not know that according to Azeris, BP came into conspiracy with Gazprom against the interests of Azerbaijan.

Cable 07ASTANA919 from Kazakhstan misses the part which says that Western companies offer bribes. "From 1998 to 2003 the company paid $5.2 million for purchasing influence among Kazakh officials." Cable 09ASHGABAT1633 from Ashkhabad misses the details that throw shade on the bright image of Berdymuhammedov's family: "Older sister Aynabat was a central figure in bribery case at the language institute. Her son was connected with corruption when he helped Turkey's ERKU company to receive construction orders. President's nephews often appear in especially lucrative deals."

In Cable 07DUSHANBE1420 The Guardian deleted a reference to the fact that a sacked Tajik official was an American agent: "He was a partner of our embassy and a first-class source of information about the Tajik government."

In Cable 07MOSCOW1770 Harding removed the name and the position of the source who fully justified Khodorkovsky. A person reading the cable may think that they are reading the words from an informed and objective outsider. As a matter of fact, the source is Khorodkovsky's lawyer Yuri Schmidt, who is supposed to whitewash the imprisoned oligarch.

There are tens and hundreds of such examples. For this reason, The Guardian and The New York Times try to slander Julian Assange. He didn't accept it. In his interview with SBS Dateline, Assange said: "Our agreement with them was that they would redact information for ‘Cablegate', based on just one criteria, which was the protection of individuals from unfair incarceration, or any type of execution ... and for no other reasons."

This doesn't sound very convincing. Let's assume that The Guardian is afraid of a libel suit. What stops them from printing a heavily edited dispatch if they could hand over the original, unedited, dispatch to the WikiLeaks website?