Cuba and the updating of socialism

Cuba prepares for structural changes. But it would be in the debate about capitalism? 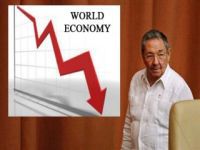 Cuba, the principal socialist experiment in the history of the Western world, is in a process of imminent transformation. The Cubans must survive in the coming years, with the biggest changes in the country since the triumph of the revolution led by Fidel Castro in 1959. To reverse the stagnation of the economy of the island, the leaders of the Cuban Communist Party (CCP), the only one in the country, call for its sixth congress in April 2011 to discuss economic and political changes in the country with the pretext of "updating the Cuban model."

President Raul Castro, who took the place of his brother, Fidel, since 2008, is named as one of the most enthusiastic supporters of the changes and the discussions with the population, including the presence of dissent, which is considered a breakthrough for the Cuban model, frequently criticized for decisions from top to bottom.

Contrary to expectations, Barack Obama's administration in the White House has not eased the blockade on the Cuban economy, and this boycott keeps being the major cause of stunting the country.

In addition to the embargo, Cuba is feeling the effects of the global economic crisis, the reduction of exports by 15% and the consequences of 16 hurricanes that devastated the island between 1998 and 2008. It is estimated that natural phenomena have caused a loss of 20.5 billion dollars.

With this scenario, the Cuban government shows signs of fatigue and can no longer be the sole inducer of the economy. Opening up sectors of the economy to private initiative is perhaps one of the major changes planned for the coming year. It, alone, raises a number of issues in the worldwide left.

Is Cuba moving slowly toward capitalism? Would it be mirrored on the Chinese model? Or it is an emancipatory change, with less state paternalism and a more prominent role for the population?

For Frei Betto, a leading expert on Cuba in Brazil, the concessions are the establishment of stand alone private jobs and should not be construed as privatisation, but "destatisation."

The Cuban government, in assessing who is facing serious economic crisis, notes that the state was overly paternalistic. People relied on the state as provider for the smallest details. What the government wants now is to encourage personal initiative and association. It is not really an opening to "private enterprise" as we conceive it in capitalist countries. The measures are aimed at people to generate their own income, from individual initiatives, but more importantly, through associations and cooperatives. It is entrepreneurship. "That's the line they want to embrace," said Frei Betto.

One of the measures contained in the preparatory document for the Party Congress of the CCP, which is already circulating among the population, predicts the end of Libreta (ration book), which subsidizes the products of the basic food basket.

Another controversial action should be the downsizing of state bureaucracy. It is believed that from 500 thousand to 1 million workers employed by the state should leave their posts.

The consul general of Brazil in Cuba, Lazaro Mendez Cabrera, assumes what the country has been missing in its policy of state support, and to change it, socialism is not undermined, but strengthened. "Cuba will not be reforming socialism. We are working on an adaptation and updating of Cuban socialism. There are hundreds of professions that have individual freedom and free trade. They meet with others, are widened, then there is the need to reduce the state apparatus, which is fully inflated. There is no economy that can withstand it," he points out.

He also criticizes what he calls the "egalitarianism" that has been practiced in Cuba. "We have to work hard to maintain equality among Cubans, but we must also work to banish egalitarianism. Egalitarianism is not good. Namely, it is a problem giving the same to those in need and to those who do not need. Many people profit from certain products and sell them," he says, referring to some freebies on the island.

The Cuban writer Felix Contreras is a critic of the accommodation of thousands of unproductive officials within the state. He points to abuses such as the presence of 300 thousand officials in the Ministry of Foreign Trade, in a country in outright economic hardship and a population of only 11 million inhabitants.

"For Raul's government - he has his feet more in the country and his eyes turned inward into the house - the economic model no longer works. There is a huge number of unproductive workers, a number of jobs unrelated to the productive apparatus and a colossal amount of people in the trappings of bureaucracy. The Cuban economy has been treated more as a vehicle of political power over a process of production and distribution, forgetting one of the main laws of socialism: from each according to his ability and each according to his need" he evaluated.

According to the writer, those who benefit from state paternalism are distressed at the possibility of losing their privileges in the next period. For him, the changes and concessions to the private sector do not contradict the direction of socialist revolution, as Cuba must adapt to new economic conditions in the world and the region.

For the historian Luiz Bernardo Pericás, the dynamics of the Cuban economy in recent years have reached an unsustainable level, making it a pressing need for reforms and restructuring. "If you look at the issue strictly in economic terms, there is an urgency for the implementation of adjustments, or run the risk of a complete paralysis of the productive sector, which is underutilized and poorly managed. To get an idea, only half of the island's farmland is used, there is a huge housing shortage and at least 70% of food consumed in the country is imported," he says.

When it comes to a socialist model where the market is gaining greater importance, it is inevitable to make comparisons with the outputs of the Chinese and Vietnamese - countries ruled by communist parties, but with capitalist practices.

The New Economic Policy (NEP) led by Lenin in Russia in 1921 also serves as a comparison, since at the time, the Soviet leader made concessions to small private properties in order to rebuild the country devastated by World War 1. In defense of the measure, Lenin claimed that the Soviet Union took a step back to take two forward."

Comparisons can be instructive to, but are rejected by most specialists. The consul general of Brazil in Cuba, Lazaro Mendez Cabrera, admits that Cuba has tried to be inspired by the Chinese model, at times, but never obtained results. "You cannot compare China to Cuba. There are very different realities at various levels. Also I do not find that we're taking a step back to take two forward," he points out.

Historian Luis Bernardo Pericás believes that there is the ethical danger of an officialisation of a "market socialism" à la China and Vietnam. But he does not believe that this is the most probable outcome. "The most likely is that Cuba will build its own model, based on their unique characteristics, but having been inspired by Chinese or Vietnamese models. There will, perhaps, be a greater openness to private companies (in non-strategic sectors) and the continuation and expansion of what already existed for many years in the country, small businesses, services and restaurants, among others. A portion of the property will cease to be in state hands and will pass to cooperatives (such as in agriculture)," he predicts.