For those who thought the situation in Darfur was calm, as the world concentrates on the independence process in south Sudan, this could not be further from the truth. Fighting continues to rage in Darfur between Sudanese government forces and two rebel factions, the SLA-MM and the JEM, causing thousands of IDPs. 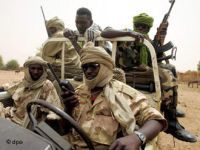 Fighting re-emerged between the Sudanese government forces and the Sudan Liberation Army/Minni Minnawi (SLA-MM) in December. The latest round of skirmishes has caused around 40,000 internally displaced persons who have been forced to flee their homes and livelihoods, around Tabit, south of El Fasher in North Darfur.

Information from the area is scarce because the government forces are preventing elements from UNAMID from entering the area, stating that there are grave security concerns. Since the fighting erupted in Darfur in 2003, 300,000 people have been killed and around 2.7 million have been forced from their homes. The fighting broke out when rebel groups accused the Government forces of a policy of genocide against non-Arab Sudanese.

The Government has been accused of using the Janjaweed, militia based on the Arab Abbala and Baggara tribes in the region of Rizeigat against the rebel movements, centred on the non-Arab Muslim Fur, Zaghawa and Masalit ethnic groups. The former are nomadic camel-herders, the latter sedentary peoples relying on agriculture; the scarcity of lands was a major factor in the origin of this conflict along with ethnic tensions having their roots in colonial policy during British Imperial rule.

The latest upsurge in fighting between the Government forces and the SLA-MM and on another front, with the JEM, goes against the grain of reduced violence in Darfur, which caused UN Secretary-General Ban Ki-moon to express his satisfaction recently at the decrease in inter-communal fighting.

The renewed fighting is a setback for the United Nations Organization's four-point action plan: Peace and a comprehensive political settlement, the restoration of a stable and secure environment, the enhancement of the rule of law, governance and human rights protection and stabilising the humanitarian situation, facilitating access to populations in need. 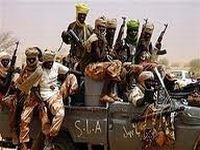 As for peace and a comprehensive political solution, progress has been made with the LJM (Liberation and Justice Movement) which is said to be close to an agreement with the Government and until recently, before the fighting, JEM was also closer to a lasting accord, having signed a ceasefire in February 2010.

While the UNO is quick to underline that everything has not gone back to square one and until the recent fighting, progress was tangible, it has also expressed its concern at what appears to be a deterioration of the situation. In South Darfur, for instance, insecurity has caused some humanitarian operations to be scaled down.

The only way forward is a political solution, since all experts agree on one issue: the use of military force is not going to win the conflict for any of the sides involved. Ban Ki-Moon stated yesterday in his three-month report on the situation in Darfur that "The use of military force will not resolve the conflict; it will only prolong and increase the suffering of the people of Darfur".

As for the future, the Secretary-General of the UNO calls "on the Government and the movements to recognise their responsibility to the people of Darfur, to ensure their forces on the ground desist from violence, and to show the political will necessary to reach an immediate ceasefire and an inclusive and comprehensive peace agreement".