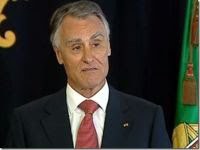 That the Portuguese political class and Portuguese people are near to a divorce, let there be no doubt. The clear winner in the Presidential election on Sunday, after heated debates among the six candidates, was a record abstention of 53.3%.

The re-election of President Anibal Silva raises several questions. The first is that the majority of the Portuguese electorate preferred to stay away from the polling stations while among those who did turn out, 6% delivered blank or spoiled votes (277,702 votes). A staggering 53.37% abstained, translated into 5,139,726 voters, while just 4,489,904 voted.

The clear reason for this is the unpopularity of the political class in Portugal, after decades of mismanagement and incompetence both from the Social Democrats and the Socialist Party has seen the country slide down the EU development and productivity tables, being surpassed by countries such as Malta, having among the lowest salaries in the EU and prices which in many cases surpass those in the more developed member states.

The second point is that the Presidency of Aníbal Silva followed the history of all the Presidents since the Revolution in 1974: namely that they have all been elected to two terms in office (António Eanes, Mбrio Soares, Jorge Sampaio and now Aníbal Silva). Historically, first term Presidents have done little, reserving their energies for the second.

It is the second term of President Silva which may raise some eyebrows, especially because during the campaign, the gulf between the President (PSD) and the Government of Prime Minister Josй Sуcrates (PS, Socialist) was apparent, with mutual attacks being launched.

The fact that the PS Government does not enjoy an absolute majority and also that Portugal is permanently living on the edge of a debt crisis may, according to some analysts, convince President Silva to use his right to dissolve Parliament and call fresh elections under the right circumstances. Therefore the election of President Silva may not bring the stability which those who defended continuity against change asked for.

To a large extent, what happens in Portugal as regards the sovereign debt crisis may dictate what happens in Spain and that in turn has a direct and very significant bearing not only upon the future of the Euro, but upon the European Union itself.