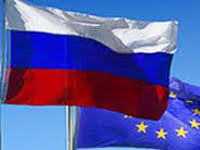 Finland intends to call for the EU's help in influencing Russia. Last week a scandal erupted when the Finnish Foreign Ministry sent an official note to his Russian colleagues regarding the ban on the sale of land to foreigners in border areas signed by Russian President Dmitry Medvedev on January 9, 2011.

Finland intends to call the EU for help in influencing Russia. Last week a scandal erupted when the Finnish Foreign Ministry sent an official note to his Russian colleagues regarding the ban on the sale of land to foreigners in border areas signed by Russian President Dmitry Medvedev on January 9, 2011. The decree stipulates that foreign citizens and foreign legal entities cannot have ownership of the land in the border areas.

It is noteworthy that Finns and Estonians were the first ones to be unnerved by such news. Russia's decision angered the Estonian Foreign Ministry that called the Russian ambassador in Tallinn Yuri Merzlyakov for clarifications, as the ban on the purchase of land in the border area spreads to the entire length of the Russian border.

This issue was also raised in the Finnish Parliament by Foreign Minister Alexander Stubb. According to him, "Finland is asking Russia to explain what effect the decree of Dmitry Medvedev will have on the Finns who own land in border areas, and how it will affect future transactions."

Helsinki disagrees with the decision of Moscow and, according to the Stubb, insists that "the matter should be settled through bilateral negotiations between Finland and Russia."

Interestingly enough, the Finns have long expressed an unhealthy interest to the Russian border. In 2009 the Finnish President Halonen asked her Russian counterpart Dmitry Medvedev to allow the Finnish citizens to purchase Russian land adjacent to the Finnish regions.

The reaction of the Finns followed immediately. ProKarelia coalition, encouraging the return of "forcibly detached Finnish land" insists on countermeasures by the Finnish authorities, proposing to ban the Russians from purchasing property in Finland.

However, the head of the Duma committee on international affairs Konstantin Kosachev is confident that the sale of border land to foreigners is a direct path to their loss, because the border lands under certain conditions can be attached to another country.

In other words there is a possible option: today, foreigners are buying up land in the borderland, and tomorrow they provoke a conflict and begin to scream about infringement of their rights. Immediately after, historical claims emerge in their homeland, and politicians seek assistance from their "older European and American brothers".

At first glance, the scenario is somewhat of a fantasy one: would a small, weak Finland challenge the Russian Goliath? It can happen if Suomi joins NATO as under the rules of the alliance the participants help the country subjected to aggression.

As Finnish political scientist Johan Beckman stated in an interview with Pravda.ru, "nationalists have figured out all the details. They hope that by entering NATO they will receive its protection and will return previously lost territory from the Gulf of Finland to the Barents Sea. To a large extent they are interested in not only the Karelian isthmus but also Pechenga area where the country should have access to Arctic Ocean.

The most radical of them, the union ProKarelia, even published a book with a strategy of action to be implemented after they reacquire the territory of Finland. It outlines a plan of ethnic cleansing of the Russian population. Unfortunately, no one is in a hurry to make them responsible for these things, which is very significant for the Finnish authorities whose representatives were clearly tuned to revenge".

In other words, the Finns are trying hard to fan a diplomatic scandal, and their lobbyists are revenge organization who dream to regain the territory lost after the Winter War of 1939-1940.

This theme was picked up by some of the Finnish media, believing that the Russians buying land in Finland are a big threat to national security. However, such a position once again proves the correctness of the actions of the Russian head of state in relation to border areas.

If the purchase of land by Russians is considered a threat to the sovereignty of Finland by Helsinki, why should Russia welcome the acquisition of property by the Finns on their territory?

Revenge organizations wishing to return the "lost territories" are also found in Estonia (they have claims for Caves area of the Pskov region), Latvia (claims for Pytalovo district of Pskov region), as well as in Germany (the dream of return of Kaliningrad region). Do not forget about the problems of Russian Far Eastern borders.

It seems that the scandal will intensify. The chairman of the Foreign Affairs Commission of the Finnish Parliament Pertti Salolaynen said that deputies intend to initiate discussions in the EU.

However, revenge-seekers should be reminded that similar bans work in the EU. Mindful of the role played by the Sudeten Germans in the dismemberment of Czechoslovakia in the years 1938-1939, the modern Czech authorities have banned foreigners from buying land in their neighborhood.

The same restrictive measures are in place in Slovenia in relation to the Italians. That does not prevent either Czech Republic or Slovenia from the membership in the democratic European Union.