The fact that Israel unilaterally and purposefully breaches international law as and when it pleases comes as no surprise. Now the United Nations Organization's patience seems to be wearing thin. Speaking out against Israel's illegal settlement policy, the UN states clearly that the acts of Israel are causing "great alarm" and that the peace process is at stake. 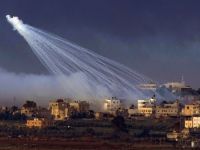 "The future of the peace process hangs in the balance" are the words of the Bureau of the Committee on the Exercise of the Inalienable Rights of the Palestinian People, set up by the General Assembly in 1975 to allow the Palestinian people the right to self-determination.

President Mahmoud Abbas of the Palestinian Authority did not resume the peace talks after Israel decided not to renew a ten-month moratorium on illegal settlements in September last year. Israel went further, allocating 500 million USD in subsidies to expand illegal settlements. This, according to the Committee, shows "Israel's clear intent to continue its illegal policies, thus rendering the negotiations with the Palestinians futile and further threatening the possibilities for achieving the Two-State solution on the basis of the pre-1967 borders".

Being illegal under international law, Israel's settlements are a serious threat to the peace process, continues the Committee, adding that "The international community should send a clear and unambiguous message: settlement activity is illegal and incompatible with peace. It must stop. This is imperative for having credible negotiations that can achieve the stated objective of the peace process". 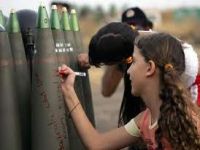 The Committee points out that Palestinian homes on Palestinian lands - lands which do not belong to Israel - are being demolished "to make room for illegal settlers in defiance of universal condemnations of such unlawful and provocative practices". Apart from this, "actions by settlers, such as the uprooting of olive trees belonging to Palestinians, vandalism, theft, desecration of cemeteries and harassment and intimidation of Palestinians have become an almost daily occurrence and often seem to the tolerated by the Israeli authorities. Such actions violate Palestinian human rights, raise tensions between the two sides and must be halted".

The Committee fully supports the "political maturity" of the Palestinian leadership, which engages in direct talks with Israel but which has made it clear that Israel must choose between peace or illegal settlements. From the international community, the Committee criticised the lack of political will to halt the illegal settlements, take action against expansion and eventually remove them.

These are after all obligations based on Security Council resolutions, Geneva Conventions and the Road Map peace plan for a Two-State solution. 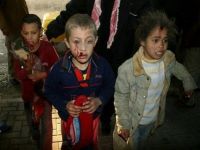 Richard Falk, UN Special Rapporteur for the Middle East, condemns the murder by the Israeli Defence Force of four Palestinians on the West Bank in the past two weeks, as well as the demolition of the Shepherd Hotel in East Jerusalem. "This is part of an accelerating plan in Jerusalem that consists of shifting the demographic balance to reinforce Israeli claims to control permanently the entire city, making the creation of a viable Palestinian State, with its capital in East Jerusalem, virtually unattainable," stated Richard Falk.

"Together these events demonstrate a general and unacceptable Israeli disposition to use excessive force against Palestinians, who are already suffering from prolonged occupation," he continued.

"It is impossible to separate this pattern of excessive use of force against Palestinians from the indiscriminate use of force against civilians in Israel's larger occupation policy, as illustrated by the cruel punitive blockade that has been imposed on the people of Gaza for more than three years and by the illegal manner in which Israel carried out attacks for three weeks on the defenceless population of Gaza two years ago". 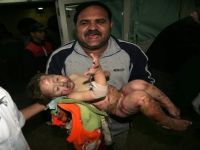 And what does the international community do? Why, it turns a blind eye. However, Governments are elected and as such they are accountable to the citizens who elect them.