American defense monster has grown too many heads 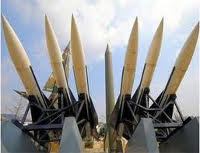 Fifty years ago, on January 17, 1961, President Dwight Eisenhower delivered his Farewell Address to the Nation, in which he warned the Americans about the danger of the further development of the national defense complex.

"Our military organization today bears little relation to that known by any of my predecessors in peacetime, or indeed by the fighting men of World War II or Korea. [...] We annually spend on military security more than the net income of all United States corporations. [...] We recognize the imperative need for this development. Yet we must not fail to comprehend its grave implications. Our toil, resources and livelihood are all involved; so is the very structure of our society. In the councils of government, we must guard against the acquisition of unwarranted influence, whether sought or unsought, by the military-industrial complex. The potential for the disastrous rise of misplaced power exists and will persist. We must never let the weight of this combination endanger our liberties or democratic processes," Eisenhower said.

Has the US defense industry turned into a monster indeed? Do US defense officials push the political leadership of the country towards unleashing aggression in the world? Military experts Pavel Zolotarev and Alexander Khramchikhin shared their views on the matter with Pravda.Ru.

Pavel Zolotarev, deputy director of the Institute for the USA and Canada of the Russian Academy of Sciences:

"Eisenhower was right in his apprehensions. One of the reasons, why the defense complex exerts serious influence on the political power in the USA lies in its economic influence and in the previous economic development of the country. Usually, it is economy that determines politics. Companies fight for state orders, because the funding that they can receive from the defense industry is the most profitable one. Representatives of the defense industry do their best to win the funding for state orders, which they need much more than the state needs them.

"There are other examples, though, when the government saved companies from bankruptcy with the use of defense orders. After the 9/11 terrorist attacks, the situation with air transportation in the United State was catastrophic. The number of passengers flying civil jetliners considerably dropped. This resulted in the absence of new orders for the production of new airplanes.

"As a result, Boeing had to be rescued with the help of extra defense orders. It particularly goes about the air defense system. Many companies in the US defense industry make both military and civil products. Therefore, one can not say that the American military and industrial complex is some evil monster. As experience shows, since many US companies operate in both civil and defense fields, it is possible to support companies in time of need.

"Nowadays, the American defense complex shows very serious influence on the political administration. The defense orders, which the complex receives, may often exceed the necessary limits. It is an open secret that the United States has the most powerful armed forces in the world, which largely gives the country the power that it has in the world. However, the defense power of the country, which costs colossal amounts of money, is absolutely not needed for that. It just so happens that the funds, which could be used in other spheres, are wasted. The world should learn the lessons from the development of the American military and industrial complex," the expert said.

"Eisenhower was right to a certain extent. Of course, the US defense complex has not turned into a power body which would be in charge of political decisions. However, it has obtained a very serious influence in the country in 50 years. Many feed on defense orders, and the American defense industry tries to prove the need to expand defense spending. America surpasses all other countries in the world at this point, although it could be possible for the States to preserve its supremacy with the help of smaller amounts of money.

"It is worthy of note that under Obama, who pretends to be a peacemaker, the US only increased its defense spending by tens of billions of dollars. Being the most technologically advanced state, the USA makes state-of-the-art arms, the cost of which constantly grows. Taking into consideration the enormous size of the US armed forces, it takes hundreds of billions of dollars to maintain them and support their combat effectiveness.

"The necessity of some defense programs raises many questions. It is safe to say that the works on the air defense system do not depend on the presence of outside missile threats. It's all about the wish to receive additional funding.

"Nevertheless, one should not overestimate the influence of the American defense complex. It is definitely partially responsible for the start of these of those wars, because the volume of US defense production is unprecedented. As an old rule says, it is best to utilize weapons in combat action. However, it is not defense officials, who make the decisions.

"Their appetites are much bigger than the orders that are being implemented. The experience of recent years shows that the plans to build 30 warships are realized on the level of not more than ten percent. The situation in the air force is the same. For instance, representatives of the defense complex planned to receive orders for 132 strategic B1B bombers, but only 21 bombers were ordered. The program to develop fifth-generation fighters was cut ten times.

"In spite of all that, the influence of the American military and defense complex is comparable with that of the Soviet defense industry. The Chinese defense industry can reach a similar level in the future. The Americans should keep Eisenhower's words in mind because it was the arms race that devastated the USSR," the expert concluded.