Poland has its own truth about Lech Kaczynski's death 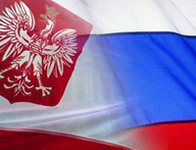 The report from the Interstate Aviation Committee about the reasons of Lech Kaczynski's plane crash still remains news number one in Poland. The statements, which Polish PM Donald Tusk made during his recent news conference, did not pacify the Poles. Tusk's attitude to IAC's report only added fuel to the fire.

"From the Polish point of view, this is not a complete report," Mr. Tusk said. The Polish government believes the committee is responsible for procedural violations of the Convention on International Civil Aviation, also known as the Chicago Convention, he said. The convention was the basis for the investigation and Poland's involvement in it.

Poland wants to arrive at a single version of the report, but if that proves impossible, the country will resort to international specialists, Mr. Tusk said, adding he was concerned about "the political aspect" of the investigation.

Earlier on January 13th, the government of Poland decided that the country would prepare its own report about the reasons of the air crash. The report will be published after the flight data recorders are analyzed completely. It seems that Warsaw has serious doubts about the expert conclusion, which placed the blame squarely on the Poles, saying that the pilots had been pressured to land in bad weather.

In Moscow, officials of the Interstate Aviation Committee, which investigates crashes in the former Soviet Union, said the pilots were pressured to land by Poland's air force commander, Gen. Andrzej Blasik, who was in the cockpit. They said he had a blood-alcohol level of about 0.06 percent, enough to impair reasoning, The Associated Press reports.

As a matter of fact, the majority of officials representing the Polish political establishment did not dispute most of the conclusions made by the Interstate Aviation Committee. However, Polish officials unanimously believe that the Russian side - flight control officers of the airport of Smolensk - did not take enough effort to prevent the disaster.

Poland's chief aircrash investigator, Edmund Klich, said earlier that most factors behind the crash lie with Poland, but Russia may be partly responsible. " The report should have described the role of air traffic controllers who could have issued "misleading commands," Klich said. The command to abort landing was issued too late and was one of the causes of the crash, another cause was the failure to close the Smolensk airport in a bad weather, he noted.

Presidential adviser Tomasz Nalecz stated that Polish officials react purely emotionally to the report. "We present emotional reactions from our politicians to the report which has been professionally prepared by Russian specialists. This is not right. One should give Polish experts an opportunity to study the document in detail, quietly," the official said.

Poland's former prime minister Wlodzimierz Cimoszewicz did not set any claims to Russia either. "The statements from the Interstate Aviation Committee sound convincing enough," the official said. Cimoszewicz urged the Polish leadership to admit the "bitter truth" and draw conclusions for the future.

Jaroslaw Kaczynski, the twin brother of the late Polish president, furiously criticized on Thursday Polish Prime Minister Donald Tusk for his response to Russia's report on the plane crash that killed his twin, President Lech Kaczynski, and 95 others last April. Kaczynski said the report made "a mockery of Poland."

"The report is a joke against Poland. This is the result of the decision, which Tusk made when he decided to hand over the investigation to the Russians. Today we can see the consequences of that - the report, which blames the Polish pilots and Poland on the whole single-handedly, without any proof," Jaroslaw Kaczynski said.

According to him, there is no evidence to prove that there were traces of alcohol in the blood of Gen. Andrzej Blasik and that someone put pressure on the pilots. The IAC is just "a tool of Russian politics, and it's report is not true to fact," Kaczynski said.

"If the prime minister had responded to the report yesterday, there would not have been articles in the press about the 'drunken general,'" Kaczynski said a press conference in Warsaw. "Tusk's politics has taken a beating. If I had been the prime minister, the catastrophe wouldn't have happened," he concluded.

Grigory Amnuel, the executive director of Open Dialogue International Club, an expert for Poland, told Pravda.Ru that the Poles protest against the fact that the investigation of the air crash was originally conducted by Russian specialists on the Russian territory.

"According to international laws, if a civil plane crashes on the territory of some country, the investigation shall be conducted by the country, on the territory of which the crash occurred. In this particular case, it goes about the presidential jetliner of the Polish Air Force, which was carrying the Polish administration on board. That is why the Poles wonder why the Russians categorized the aircraft as a civil airplane. Was it a tourist charger flight? This is the reason why Warsaw insisted Russia should deliver the fragments to Poland so that the investigation could be conducted by Poland.

"Secondly, Poland is being skeptical towards both the organization which conducts the investigation, and the title that it carries - "international." The Poles do not take it as authoritative, being aware of the fact that it was established by the countries of the CIS (the former USSR). This organization is of a completely different level, it's not of the level of the EU or the UN. That is why the Poles recollect such "international" structures as Warsaw Treaty Organization or the Council for Mutual Economic Assistance at this point. Was Poland or any other state, save for the USSR, an equal partner there? No. The Poles ironically joke about it saying that such international organizations, as Moscow sees them, mean only one thing: "When Russians speak, everyone else keeps silent."

"The Poles actively discuss the remarks from the chairwoman of the Interstate Aviation Committee Tatiana Anodina, who said that Russia was a superpower, and Poland was just a small country. Polish officials believe that such countries as Tajikistan or Armenia, which depend on Russia financially, would never object to Russia's conclusions. Many said that they could not recollect any other case when the IAC did not blame the deceased pilots for an air crash.

"Thirdly, the Poles have many questions to the report from the committee. They say that the report must give answers to the questions, but more and more questions continue to appear instead while the report is being analyzed. They want to know why an Il-76 plane tried to land between the Yak-40 jet with journalists and the liner of the Polish president. They want to know why the Russians made it possible and whether that could be possible with the planes carrying the Russian administration on board. There is also another question - how did that Il-76 appear in the area of the airdrome, which is supposedly used very rarely?

Fourthly, The Polish side strongly rejects the conclusions claiming that the commander of the Polish Air Force was drunk during the flight. The Polish delegation was flying to Russia to visit Katyn - this Calvary of the Polish nation. Can you imagine that a spokesman for the Polish administration gets drunk in other officials' presence to appear tipsy in front the cameras afterwards? Any thought of that is sacrilege for any Pole.

"In addition, the Poles doubt that it could be possible to conduct a quick and objective analysis under the conditions of that air crash to say for certain that there was alcohol in Blasik's blood. A lot of time has passed before the Russian side began to analyze the circumstances of the tragedy. It goes without saying that there would have been no questions at all, if Russia had delivered all the fragments to Poland. It did not happen, the the Poles ask why again.

"This way or other, Jaroslaw Kaczynski does not blame Russia for the catastrophe. Like other Poles, he wants to know the truth," the expert said.