A note about the tragedy in Tucson, Arizona. As always, the entire deed was done by a "crazy." There is no explanation in American society about these killings, sometimes with common people and others with political overtones, or beloved figures like John Lennon. The society is well, what happens is that there is a villain who commits a heinous crime. 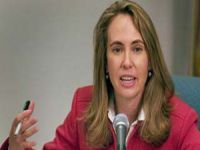 It is a healthy society that produces a population massively addicted to drugs and narcotics? It is a healthy society that sells all types of firearms with the same ease that it sells candy? How to relate the tragedy of Tucson with the ripening fascistisation process of American society? What happens when a society makes a political advertisement that says "send a warrior to Congress" and displays an M16 assault rifle? In continuation, an attempt to answer.

The murderous attack against Democratic Congresswoman Gabrielle Giffords, and various people around her - so far claimed the lives of six people, including the federal judge John M. Roll - shows the extent of the fascistisation process of American society.

Surely, the explanation is rejected by both the White House and the media. What occurred was the work of a "crazy," one like the most poisonous strain that killed John F. and Robert Kennedy, Martin Luther King and Malcolm X, to name significant personalities of the American public scene.

There is no intention to tie the event in Tucson with the deep trends in American society that emerge periodically and with increasing virulence and massive impact (McCarthy, Reagan, Bush Jr. and now the Tea Party).

The same thing happened with the previous cases, there is the sinister Warren Report as evidence - so called by the name of the president of the U.S. Supreme Court who chaired the committee investigating the John F. Kennedy murder - in which only one person, Lee Harvey Oswald, was responsible for the crime and that there was no conspiracy to perpetrate genocide. There is an anecdote to remember one fact: one of the members of the committee was former CIA director, Alan Dulles. It was the fox watching the henhouse.

Gabrielle Giffords, who now desperately fighting for her life, represents a progressive trend of Democrats, something very dangerous in a state like Arizona, whose governor is the racist Republican Jan Brewer - who passed a law in May 2010 that authorizes the police to detain and demand documents from anyone suspicious looking, which should read "Latinos."

Giffords courageously opposed this law, and not only that, in Congress supported the Health Care System Reform Law and was in favor of immigration reform, experiments with stem cells and production of alternative energies. That is, she became a perfect target for the growing legion of American fascists.

Therefore, her opponent in the recent elections, Jesse Kelly, a former marine sergeant who ate the dust of defeat in Iraq, appeared on a poster campaign wielding an M16 rifle and inviting voters to empty their ammo on Giffords. Candidate to the troop of (crazy) "freaks" of the Tea Party, the name of his "combatant" had appeared - and it looks like Fidel Castro in his Reflections - in an ad sponsored by Sarah Palin as one of the seats to be won by the movement in the elections of last November.

His district, like the other 19, was marked by a rifle sight. This blatant mild violence did not disturb the gears of shattered institutions of the imperial republic. The tragic denouement of such violence was just a matter of time. In a disgusting display of hypocrisy, the Internet website of Jesse Kelly reported that the mastermind was praying for the recovery of the congresswoman and the casualties of the incident.

Obama, unable to impose some more "earthly" measures to end the crises that undermines the country, does the same. These prayers will not go very far. In the "18 Brumário" Marx recalled that when "the in the Council of Constance, the puritans complained about the depraved life of the popes and wailed about the need to reform customs, Cardinal Pierre d'Ailly said in a firm voice: 'While only the devil himself can save the Catholic church, you ask for angels! "

With his prayers, Obama is invoking the aid of angels, when the only attitude that can save is the relentless exercise of power (something that some philosophies and religious idealists consider a demonic emanation) against the plutocracy that, with his complicity, is destroying the United States.

It will be necessary to analyze the details to understand what happened. Firstly, most importantly, a country that has embarked on a huge international militarization must cultivate internally, patriotic attitudes, fanatical and violent ideologically to support its plans for military conquest.

The problem is that it is impossible to avoid these "qualities" not being practiced in the domestic space - it is impossible to establish a rational and calm debate on national politics. This warning was made by Alexis de Tocqueville more than a century and a half ago and in the U.S. it is more current today than in the past. It is no coincidence that Kelly has proposed emptying his M-16 rifle on Giffords. Someone took note and followed the message.

Secondly, we must evaluate the role of media in the U.S. - especially Fox - who, with few exceptions, always feeds the racism, fanaticism, intolerance and violence in the face of indifference of the institutions. They should regulate the exercise of press freedom and do this under the pretext of defending the sacredness of private property and freedom of expression, but it is instead stimulating the crimes.

Third, the economic crisis, as we know, stimulates all sorts of antisocial behavior likely to criminalize and even demonize the other, the different. A country where the poor get poorer every day more and lower middle class are moving into poverty, they see a minority that scandalously gets rich, it cultivates the appearance of behaviors and absurd attitudes that quickly will be considered as normal. For example, unload an M16 symbolically in a political opponent. The consequences are in plain view for all.