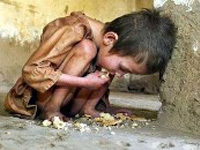 UN experts are alarmed and predict continued growth of food prices. The price index for basic foods (Food Price Index), which is calculated based on 55 key products, had been growing throughout the past year and in December reached a record 214.7 points. The experts are concerned about the length of the price growth.

The FAO emphasizes that the growth index is mainly due to the rising prices of sugar, corn (maize), oil and meat. In December of 2010, the Sugar Price Index has risen to record levels and amounted to 398.4 points. Within the year sugar prices have set an absolute record, and have increased more than twofold. Major exporters of sugar, India and Mexico, are experiencing bad weather conditions, which causes frustration on the market.

In the last days of December of 2010, the worst flooding in 50 years was recorded in Australia. There are fears that this year Australia will limit the export of sugar and grain crops to the growing markets of Asia due to the crop failures caused by the frequent rains and floods.

The analysts of the Australian Crop Forecasters (ACF) in the past month have lowered their forecasts for wheat production in the country by nearly a million tons. Last year, when a temporary ban on grain exports was imposed by Russia, it led to a spiraling of prices for grain on the world markets.

However, Asia and the world's poorest countries are more dependent on the rice prices which have been decreasing in recent years. Since 2008, the rice prices fell almost twice, to $535 per ton. Nevertheless, in the last 2 years, the demand for wheat in China, Brazil, India and Russia has been growing by 5% per season.

The UN experts believe that the world economy is threatened by a sticker shock in terms of the food prices, which in turn may lead to a food crisis. They mention that the last price record documented in 2008 had caused a wave of protests and riots in some countries. Now over one billion people in the world suffer from hunger.

World Bank President Robert Zoellick noted on the pages of The Financial Times that French President Nicolas Sarkozy called the volatility in food prices a priority issue that will be brought up for a discussion during the French presidency of the G20.

Among the solutions proposed by the head of the bank is the creation of a "code of conduct" for the release of food from the ban on exports by various countries.

Zoellick said that, ideally, countries should not introduce export bans. He added that in 2011, at the very least, an agreement should be signed regarding the free food trade for humanitarian purposes.

The World Bank has prepared a program for lending $49 billion to the countries that experience serious problems with food and has also formed a Foundation for Food Security. According to Zoellick, it is necessary to consider the possibility of granting credit lines and loans with deferred payments during periods of price shocks.