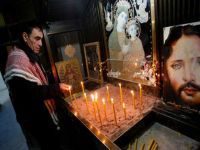 Coptic Orthodox Christians of Egypt on Thursday celebrated Christmas Eve (Orthodox) amid tight security for fear of further attacks like the one of December 31 that killed more than 20 in Alexandria in the north the country.

Armed police were deployed to protect churches where Copts gather to mark the date. Meanwhile, there were calls for Muslims to make vigil in front of the Coptic churches - to gather with the majority of Egyptian Christians - as a gesture of solidarity.

Some radical Islamic sites, however, spoke of further attacks, and published addresses of Coptic churches in Egypt and Europe, with instructions to attack them. "Explode the churches as they celebrate Christmas or any other time when they are full," said a video allegedly given to the Al-Qaeda extremist network that circulates on the Internet.

Analysts warned that Egypt may be the in for a wave of sectarian violence promoted by extremist groups led by al-Qaeda. According to experts, extremism in Egypt would be the recent work of external agents, interested in destabilising the country, a major political force in the Arab world and aligned with the United States.

For the former Egyptian ambassador, Mohammed Said El-Sayed, general supervisor and columnist for The Diplomat magazine, Egypt does not have serious internal problems of extremism, but suffers from external attempts to implement radical ideas and destabilise the country. "What there is now is an attack on secularism in the country, which has enormous influence over the political landscape of the Middle East. An unstable Egypt will serve the purposes of the extremists," he said.

Political scientist Ziad Moussa, of the Al-Ahram Center for Political and Strategic Studies in Cairo, agrees that there is an external plan to attack Egyptian society. "The source of extremism in Egypt comes mainly from external actors and suffers from the consequences of regional conflicts, such as the Israeli-Palestinian conflict," he said.

Moussa also said that in the past, Muslims and Christians formed a secular society in which both groups attended the religious festivities of each. "Everything started to change in the early '70s when the government of Anwar Sadat adopted an amendment to the secular constitution of Egypt, making the sharia (Islamic law) the basis for legislation. At that time, Islam was undergoing transformations, becoming more political and societies were becoming more religious, sectarian and polarized," affirmed Moussa. 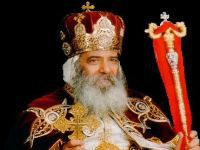 One of the laws considered outdated and restrictive was concerning the building of churches. While Muslims need only to obtain municipal approval to build mosques, Christians need presidential endorsement to renew their churches. The bureaucratic process, that can take up to 30 years, resulted in a consequence of there being 100,000 mosques and only 2,000 churches in the country.

On New Year's night, 21 people were killed and 79 wounded in a bomb explosion at around midnight in front of a Christian church in the Egyptian city of Alexandria.

The Copts are the largest Christian community in the Middle East, with about 10% of the 80 million population of Egypt. The leader of the Coptic Orthodox Church, Pope Shenouda 3rd, is considered sympathetic to the regime of President Hosni Mubarak.