2011 should be the international year of goodwill, of integrity, ethical foreign policy, which cannot include kowtowing to monsters such as Morocco, which for decades has held down the citizens of Western Sahara, denying them a free and fair referendum on their status after the invasion of 1975. Enough. 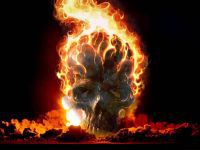 Either Morocco lives up to its obligations under international law, or the international community might consider boycotting Morocco as a (shoddy, nay disgusting) tourist destination, along with its goods (the first three digits, 611, indicate they are from Morocco: 611 EAN Maroc - Morocco- ma).

The disgusting and inhumane treatment meted out to the Saharawi refugees, specifically women and children, is a mirror image of what I myself had to go through when kidnapped in Tangiers in 1977. Alone, a young tourist in an alien environment, what happened to me I can only describe as a study in evil, in a visit to what I can only describe as a trip into Hell.

The filth, the disgusting and unhygienic conditions saw me fasting totally for 6 days from when I had the misfortune to cross from the relatively civilised enclave of Ceuta (Spain), after being robbed on the border (Welcome to Morocco) by exchange rate sharks; the ensuing journey to Tetuan was a descent backwards into 6 millennia of history, every kilometre into this infested hell-hole being a telling statement of the mistake I had made, until arriving at the gates of Hell itself, in Tangiers, where I was kidnapped by two cowards whose abject cruelty I shall never forget.

Capturing me as I was sitting alone, in a walled garden in some stinking, decrepit sewer which passed as a café, two cowards pulled a knife and a gun on me, threatened me with torture "The police will put something in your mouth and stamp on your head to close it and it will pierce your brain"; "you will be gang raped in a Moroccan prison"; "we will put you in a bath of acid", and uncannily told me to give them the money I had exchanged at the border 6 days before (100 pounds) except they were too stupid to imagine that I had my money hidden under my feet and looked aghast as I showed them the few dirhams I had in my pockets.

Not content, they walked me through the Kasbah of Tangiers for two hours, claiming they would kill me. I was caught between wishing to give in and give them the money they wanted, and looking for a way out to save my face, all the time seeing the conniving grins from the "people", men, women and children alike, that these two passed, after evidently telling them in Arabic of their catch.

Arriving in what seemed to be a cul-de-sac and with the knife-coward starting to scream something, and by now convinced I would be killed, I decided it was a case of now or never. Seeing that he held the knife at arm's length, demonstrating he did not know what he was doing, I moved in, turned his hand inwards, pointing the knife at his stomach, kneed him in the groin, grabbed his knife off him and held it to the throat of the gun-coward who was caught by surprise. "Give me your ...ing gun!" preceded an elbow to the back of his head of the knife-coward who passed out as he received a side-kick to the neck.

The gun-coward I am sure doubled his laundry bill before handing over his gun, sobbing in a high-pitched whine "we were playing" before he was felled with a kick to the crotch, a punch in the liver, a kick to the knee-cap with the ball of the foot and a stamp to the back of the neck. Strangely, I did not deliver a shot to the back of his head and that of the knife-coward, his friend. All I remember is running as fast as I could back to my pension, which was curiously down the first street to the right, throwing the gun, a Steyr GB, over a wall, and getting a taxi out of the place to Tetouan, another back towards Tangiers, and a third back out towards Ceuta..

I will never forget the feeling of relief when arriving back in Ceuta, Spain. I swore never to go back to this gate of Hell on Earth and was never surprised by the stories of tourists who hated the place, unless they stayed in Club Med enclaves.

Now, we see in 2010, that nothing has changed. The report by Amnesty International into the treatment of the Saharawi people by the Moroccan authorities confirms everything I had seen with my own eyes.

"Up to 200 Sahrawis were arrested by Moroccan security forces in connection with the events on 8 November 2010. Most were arrested that day, while others were arrested in the following days and weeks. Some were apprehended at the camp, others in Laayoune. All the Sahrawis who had been stopped or detained by Moroccan security forces who were interviewed by Amnesty International, individually and separately, alleged that they had been beaten and/or otherwise abused when they were stopped and/or at the time of their arrest, and/or when they were in custody. In some cases, those interviewed said they had been so badly beaten that they had suffered fractured limbs, open wounds or had lost consciousness. When interviewed by Amnesty International, most still had visible injuries, wounds or marks on their head, face, back or limbs that were consistent with their allegations".

Figures... What doesn't is why people go there, or do trade with a hell-hole which flagrantly disrespects international law.