Pastor Jones, Stockholm and the globalization of terror

Stockholm is now on the terror map, having experienced its first-ever suicide bombing. Once again the individual demonstrates the power to challenge the State. It is a new age of the globalization of terror. The racist bigots among us are as responsible as the bombers, and so in a way is the mass media. 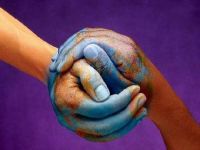 The criminal acts of savagery perpetrated by US military forces and those of their allies in the illegal invasion of Iraq and the war crimes committed in Afghanistan are well documented. Murder, torture, summary executions, illegal detention, sexual abuse...no better than the "savages" they sought to depose.

As I wrote in this column at the time, what is the difference between an Iraqi civilian being murdered by a terrorist in a USAF uniform who drops a cluster bomb from 30,000 feet above and blasts an entire family into pieces, and the murder of an American, or British, Spanish, or Swedish civilian by a crazed young fanatic yelling Allahu Akhbar and blowing himself up?

And nowadays not only a State has the means to perpetrate a mass act of war, or terror (and let us be honest, in today's world an act of war involves acts of terror because civilians are murdered on a massive scale). In Stockholm the scale was small (only the suicide bomber died and two people received minor injuries but only because a small part of the equipment detonated and the rest malfunctioned); in Madrid and London it was far greater and resulted in a change of Spanish foreign policy.

Therefore airing the views and opinions of racist bigots or giving prime time viewers access to the ranting and raving of ignorant stirrers, whose views bear nothing to do with reality and whose sole purpose in life is to create and disseminate hatred among creeds and colours and races, makes no sense at all in today's world.

We live in a world in which the vast majority of citizens want to live their lives in peace, and who regard the next man or woman with friendship, whether they are Hindus, Moslems, Christians, Sikhs, Jewish or whatever. We also live in a world in which an Iraqi called Taimour Abdulwahab al Abdaly, who lived and studied in the UK and had a Swedish passport, had the wherewithal to get together six pipe bombs which had the potential to kill hundreds of people in Drottninggatan, Sweden's crowded shopping district, just before Christmas.

For this reason, the views of the spokespersons of the English Defence League, claiming that Islam is a religion of war and conflict and the views of Pastor Terry Jones of Florida, famous for his planned International Burn a Koran Day, have no place in today's international community.

More "infidels" were murdered by Christians as they "civilised savages" with the "Bible and the bullet" than by Moslems; there is more hatred in the Old Testament than in any of the 144 Sura in the Koran.

All religions were and are the embodiment of the collective desire of Mankind to live within a code of conduct, answerable to God and the bottom line in all these texts is peace. Those who would preach otherwise are no more or less than blasphemous obscenities, an insult to their own religions and to humanity.

Those who air their nonsensical opinions are providing more fuel for those who have allowed themselves to be brainwashed into taking their own lives, leaving their own families destitute and their children as orphans, used by the cowards who prey on the feeble minded, creating fanatics and extremists to carry out the acts they would not perform themselves.