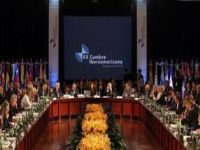 In the last two weekends, there were two important presidential summit meetings: the South American one in Guyana and the Latin American in Argentina. Both have shown the gradual change that is making Latin America expand.

On the one hand the South American Union elected its first black president, Hindu and non-Latino, who opened a bridge to the Caribbean Community, whose country is the seat of it. On the other hand, she who recently became the widow of Kirchner hosted the 20th Ibero-American summit.

The democracies of the world usually tend to show their strength when they allow representatives whose sex or race are traditionally marginalized as outsiders to head their institutions.

In none of these two summits have they agreed to nominate a successor to Kirchner for the South American general secretariat.

The importance of the Ibero-American Summit was the adoption of a plan proposed by Ecuador's President Correa to sanction any country that has their government overthrown (which makes the readmission of Honduras difficult) and, above all, the joint education plan for the whole of Latin America. 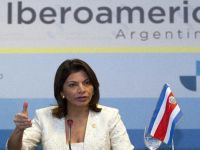 Under the theme of the bicentennial generation, to have a greater momentum in education, is an ambitious program that seeks to eradicate illiteracy in Latin America in 5 years.

To address the South and Latin American summit there was a seminar at the London School of Economics.

This weekend also gave Latin America the 2010 annual conference organized by the trade unions and the former mayor Ken Livingstone, the same one that was based on showing ALBA and the Caribbean Latin leftist governments the way to follow in the United Kingdom so that Livingstone returned to govern London. Sandino's grandson gave the closing speech saying that the UK will end up being part of ALBA.

There also was the Annual General Assembly of the Union of Angolan Women in the United Kingdom, one of the largest and oldest female institutions in the Iberian-speaking community in this country.

These last two events will be discussed in an upcoming edition. The current is dedicated to the Ibero-American summit that ended on Saturday, the 4th.