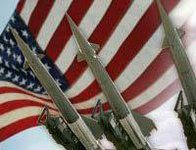 The USA and its NATO allies have expressed concern over the alleged movement of Russian tactical nuclear weapons.

A few days ago, The Wall Street Journal, citing the information of the U.S. intelligence, expressed the fear that Russia violated its obligation not to deploy nuclear weapons near the border with the countries of the North Atlantic Alliance. According to the newspaper, the United States believes that Russia relocated its tactical nuclear warheads of small radius to the area in the vicinity of NATO members. They are talking about the Kaliningrad region which borders with Lithuania and Poland.

According to U.S. officials, such actions are not consistent with the promises to withdraw tactical nuclear weapons from the frontier and to reduce its number, which Moscow has been giving since 1991. Now the Republican senators opposed to the ratification of the new Treaty on Strategic Offensive Arms (START), received a new significant bargaining chip that may help them bury the document.

"Their record of cheating has been documented by the State Department on every treaty we've had with them over the years. And I don't think we gain very much from it," said Republican Sen. Christopher Bond. The Obama administration urged not to dramatize the situation, and advocated for conducting full-scale talks with Russia both on START and ABM, and the limitation of tactical platforms.

Some related documents were published by now infamous WikiLeaks. The site referred to the Western officials who are unhappy that Russia is "rattling" its nuclear weapons. Allegedly, the Russian leadership needs the aging arsenal of tactical nuclear weapons to compensate being behind the US in terms of conventional weapons. It is also a method of defense from the U.S. missile defense and the growing influence of China.

Representatives of the U.S. satellites Poland and Lithuania neighboring Russia provided their opinions about the publication in the American newspaper. Lithuanian Foreign Minister Audronius Ažubalis has already expressed his deep concern over the movement of Russian missiles. Yet, he did not bother to verify the information. His Polish counterpart Radoslaw Sikorski was more evasive, and said that START should be turned into a launching pad for the reduction of tactical nuclear arsenals.

As it turned out, there is nothing to the hype created by the American, Lithuanian and Polish politicians. "We have not deployed any missiles in Kaliningrad region," commented Russian Chief of General Staff Nikolai Makarov for the American press.

The answer is pretty exhaustive. Why would Russia secretly place some missiles in Kaliningrad region? The territory of the Russian enclave can be clearly seen through the radars located in Lithuania, Poland and Sweden, so it is impossible to hide anything. There is a second aspect that proves the futility of such actions. Russian missiles are theoretically capable of flying to Lithuania and Poland from the central part of the Russian territory. If Russia intended to scare Lithuanians and Poles, the missiles would be placed openly.

Let us consider the situation where the fantasy of The Wall Street Journal would have been true, and Russia really started to redeploy its tactical weapons in Kaliningrad. Did Russia have reasons for this? It seems that it did. Simultaneously with the signing of the START treaty, the U.S. administration, with the approving roar of the Eastern European satellites, began implementation of the plans for the deployment of tactical nuclear weapons at the Russian border.

Obama's decision not to deploy the elements of a missile defense system in Poland and the Czech Republic announced last fall turned out to be only a temporary measure. Last May in the Polish town of Morong (some 60 kilometers from the border of Kaliningrad region) the battery of anti-aircraft missile complexes Patriot was deployed, and is being maintained by up to 100 military. It could be expanded in the future. The explanation that Patriots are required against Iran looks strange. The Islamic republic is far, while Russia is close.

Let us continue to study the geography of dubious Western peacemaking at Russian borders. Multipurpose NATO F-16 aircrafts take off from the former Soviet air base in Lithuania's Siauliai to patrol Baltic skies. They are flying over the border areas with Russia. In addition, the U.S. and Romania have agreed to deploy the latest elements of the future, modernized missile defense system at the Black Sea coast. It is a stone's throw away from the Russian naval base in Sevastopol.

Generally speaking, the burden of responsibility has been shifted. This means that the country that in reality deploys its military objects at the border of another country is shifting the responsibility for militarization to this other country.

Leonid Ivashov, Colonel-General, the President of the Academy of Geopolitical Issues, commented on the recent publications in The Wall Street Journal and the reaction of American, Polish and Lithuanian politicians for Pravda.ru.

"The story of the alleged deployment of tactical nuclear warheads in Kaliningrad is a clear PR move. Obviously, it is implemented by the Washington "hawks." They need to find any excuse not to ratify the new treaty on strategic offensive arms, to show that Russia is a potentially dangerous country, they need to put pressure on the members of the American administration who are aimed at more or less meaningful dialogue.

For this category of citizens it is very important that Russia is in a position where it has to apologize. This is done so no one can support our initiative to sign a new treaty on European security. It is very important to show to the European public that Russia is an aggressive country. It is done so that Europeans, who for the most part do not support the plans of new U.S. facilities in their own continent, would change their minds.

And if we consider purely military dimension, the assumption of the authors of the article in the American press is a complete nonsense. Strategic weapons are not located at the forefront, that is, Kaliningrad region.
Additionally, we do not have much to deploy today."

Read the original in Moscow