Freedom and culture and the Net

The United Nations Organization considers that freedom of, and access to, information is an important means to foster cultural and linguistic diversity, being an integral part of a drive to promote peace and development. 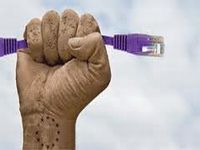 For the United Nations Organization, the protection of cultural and linguistic diversity is intrinsically connected with the freedom of information and universal access to it. At the global seminar on linguistic diversity, globalization and development this weekend in Alexandria, Egypt, UN Under-Secretary-General for Communications and Public Information, Kiyo Akasaka criticised the governments of the world who obstruct this freedom, claiming that "The internet and digital media are becoming a new battleground for information".

How free is the Internet? How free has Wikileaks been to place what it considers as important information, guaranteeing freedom of speech and underlining accountability? Has it been free from hacking? Has Sarah Palin not asked President Obama why "cyber tactics" were not used? A great example...

These are questions which will affect more and more people since the use of the Internet and  the mobile phone have become ever more widespread. Information and Communications Technologies, according to the UNO, will reach 5.3 billion cell phone users by the end of 2010, a year when access to mobile phones is available to 90 per cent of the world population, including 80 per cent of those living in rural areas.

These numbers do not hide the fact that there continues to exist a digital divide. 71 per cent of the population in developed countries is online, whereas in developing countries the percentage is just 21 per cent. The world average for Internet access is 30 per cent. In Africa it is 9.6%.

In a "developed" country, a movie can take five minutes to download, whereas in a "developing" country it can take one and a half days, according to the UNO.

Freedom, culture and the Net...the "developed" countries should be disgusted with themselves.