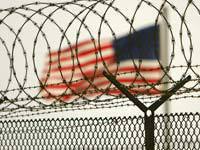 Online whistle blower WikiLeaks unveiled a new batch of compromising materials. This time correspondence of American diplomats was leaked, which clearly shows that the U.S. did not stop its subversive activities against other countries. The published papers can also adversely affect the relationship between certain countries. The main question is who benefits from it.

On November 28 online whistle blower WikiLeaks unveiled another portion of compromising materials. While earlier the website published documents about the wars in Iraq and Afghanistan, this time they made public secret correspondence of American diplomats. Most materials relate to the period of 2004 - 2010.

Most of them are recordings of conversations of American diplomats with foreign politicians, officials and individuals in different countries, as well as reports about the events in different countries and analysis of the situation. According to Der Spiegel, these documents are interesting precisely because diplomats and politicians did not expect them to be published and openly expressed their opinions. The psychological characteristics of foreign leaders devised by American diplomats are particularly of interest.

Russia Today: WikiLeaks expose the trust deficciency of US diplomacy

Diplomats talked of Italian Prime Minister Silvio Berlusconi as "physically and politically weak" and "feckless." He is particularly disliked by the American diplomats for his friendship with Russian Prime Minister Vladimir Putin.

In turn, the latter is called by American diplomats the "alpha male," "Batman" and "brutal politician." Dmitry Medvedev, in contrast, is called "pale and hesitant'' ''who plays Robin to his strongman Prime Minister Vladimir Putin's ''Batman.''

However, the greatest harm to the United States could be caused by making public methods of work of the American diplomats. Judging by the documents available in open access on WikiLeaks, Washington spied on UN Secretary General Ban Ki-moon, as well as the representatives of this international organization in Russia, China and other countries. Allegedly, the secretary of state Hillary Clinton gave an executive order to do so in July 2009.

The degree of the U.S. influence on the foreign policies of other countries is obvious because before the controversial speech by Iranian President Ahmadinejad at the UN General Assembly, the State Department sent a directive to the members of the European countries to leave the hall, which was done nearly by everyone.

A great part of the compromising materials refers to the U.S. actions in the former Soviet Union. For example, following the instructions from Washington, Tajik President Rakhmonov dismissed the head of narcotics control Mirzoyev, who allegedly posed a threat to the President.

American diplomats in Ukraine do not look well either. According to the available documents, they were poking their noses into all internal affairs of this country. This emphasizes the fact that Americans do not intend to abandon attempts to influence certain countries around the world.

Take, for example, the U.S. Ambassador to Georgia John Tefft, who, speaking of the beginning of the August war confuses Ossetian villages subjected to shelling with the Georgian ones. On the other hand, based on the analysis of other documents, it becomes clear that the "confusion" was deliberate. For example, back on August 7, he reported to Washington that the Georgian troops moved to the borders of South Ossetia, and after the failure of the Georgian adventure, he wrote to the State Department about the need to insist on "absolute innocence of Georgia." In fact, the same information is contained in the reports of the U.S. ambassadors in other countries.

The qualifications of a number of American diplomats raise serious questions. For example, the U.S. ambassador to Russia puts too much trust into one group of sources and is not inclined to analyze the information in conjunction with other documents. In particular, we are talking about the reasoning of the deputies from the Communist Party about the future of the "ruling tandem."

Some of the documents look more like jokes. Among the published materials WikiLeaks has a message from a "source" according to which the head of Russia presidential administration Vladislav Surkov is a fan of rap music who is asking someone to bring him rap albums from New York.

Yet, there are documents that deserve serious attention. For example, the reports from U.S. embassies on their participation in promotions of the Russian opposition and gathering information about the stability of the ruling regime.

Judging by the reaction of Washington, this leak is extremely unpleasant. Indeed, thanks to the scandalous publications the entire world had the opportunity to assess the methods of the American diplomacy and the extent of its influence on the planet.

The official White House described the actions of the portal as "irresponsible and dangerous" because they damage the national interests of America. "These revelations could harm the United States and our interests," said State Department spokesman F. J. Crowley. "They will create friction between our diplomats and our friends around the world."

According to a White House spokesman Robert Gibbs, the leak threatens the activities of the American diplomats and cooperating foreign counterparts. This way, they virtually recognized the genuineness of the documents.

They were echoed by Italian Foreign Minister Franco Frattini, who believes that this event is the "September 11 for the world of diplomacy." According to him, after such publication the trust between Washington and Rome "will be undermined." However, everyone who is one way or another affected by these publications have to swallow it all. After all, the U.S. is obviously not the country to be fighting with.

There is nothing disturbing for the American-Italian relations in the fact that Berlusconi was called the names he deserves to be called.

The question arises as to how these documents fell into the hands of journalists. It is believed that the source of current leakage is a fellow of the American U.S. military intelligence Bradley Manning. The question is how such a volume of documents was left unprotected, and why no heads are rolling in the States.

One of the reasons is that essentially there is nothing new in these documents. Nobody has illusions as to how the U.S. acts and what methods it uses. We all know what role, for example, American diplomats have played in nearly every revolution in Latin America. We know how the money and weapons got into the hands of the groups they support. We know that Americans carefully pushed the French out from their colonies and how they continue to destroy the remnants of the French influence in Africa and Oceania.

However, the helplessness of the most powerful nation in the world to the threat posed by a website is still surprising. Before publishing another portion of compromising material, Assange said that now hidden diplomacy will become impossible. Criminal plans and conspiracies will be leaked. He added that the world has entered a new phase - a strip of honesty and openness.

It is worth mentioning that back in the summer of this year unprecedented pressure was put on the founder of the whistle blower site Julian Assange. It involved initiating criminal proceedings against him on charges of harassment. However, despite this, the leak continues. According to the Wikileaks, another 250 thousand documents will be soon available in the open access.

The content of some materials already made public makes one carefully consider the true purpose of the publication. Take, for example, reports of American diplomats regarding the statements of the Azerbaijani leadership about Russia. According to these "documents," the Azerbaijani leader Ilham Aliyev is afraid of the imperial ambitions of the latter and is critical of the Russian system of government. In particular, the U.S. report has mentioned that the President of Azerbaijan allegedly said that "you cannot cook two heads in one pot," alluding to the ruling "tandem."

In addition, some "documents" cannot withstand criticism. For example, the statements of US diplomats that during the negotiations Sarkozy-Medvedev in August of 2008, the French president allegedly grabbed the Russian Foreign Minister Lavrov and called him a liar are no more than a tale. The grounds for such conclusions were allegedly the statements of the French negotiators.

Note, however, that at a difficult time for Russia, Nicolas Sarkozy, in contrast to the American political elite, has shown himself at his best, playing a significant role in minimizing the consequences of the August war.

Therefore we cannot rule out the fact that this is a deliberate leak made by the United States, whose goal is to cause fights among different countries, including Russia.