Fidel: the G20 summit was "pot of crickets" 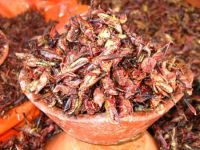 Former Cuban President Fidel Castro called the summit of G20 "colosal olla de grillos" - a colossal pot of crickets in the literal translation - which means marked by much confusion. And he criticized the lack of U.S. aid to tackle the cholera epidemic in Haiti.  "That's what became of the G20 meeting" in Seoul, said the communist leader in an article published on Saturday (13th) in the local press, to define the group as an "embryo of a powerful empire and its richest allies."

According to Castro, while the G20 and the Forum of Asia Pacific Economic Cooperation (APEC) make decisions with a worldwide impact, "there is no platform on which 160 countries will take the floor to denounce the plundering of their resources and urgent economic needs."

Castro criticized the decisions taken by the United States as a "desperate measure" of the Federal Reserve to inject $600 billion of liquidity into the financial circuit, before the G20 summit.

Meanwhile, according to the 84 year old leader, they have hardly begun to get U.S. aid to Haiti, months after it was promised, despite the earthquake that killed 250,000 people in January. Not a word was said about the cholera epidemic - which has left some 800 dead in Haiti as well - he went on to comment.