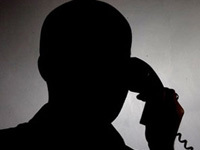 The story with the exposure of Russian intelligence officers in the Unites States continues. It transpired that a top Russian double agent named as Colonel Shcherbakov of Foreign Intelligence Service helped Washington crack a major Moscow spy ring.

The spy scandal between Russia and the United States, which received extensive news coverage all over the world several months ago, has been dubbed the worst post-Cold War espionage crisis between the two countries. Eleven Russian citizens were arrested in the USA on the suspicion of conducting illegal intelligence activities.

Russia has not made any official statement yet regarding Colonel Shcherbakov. Journalists of the Kommersant newspaper conducted their own investigation which was primarily based on suppositions and coincidences, so it is hard to say for the time being if the results of the investigation are true to fact.

There are some reasons to believe that the publication in the above-mentioned newspa per could be true, at least partially. The headquarters of Russia's Foreign Intelligence Service (known for the Russian initials as SVR) have apparently overlooked the "moral image" and connections of Colonel Shcherbakov. The daughter of the high-ranking Russian intelligence officer lives in the USA, which means that US special services could use her to track down her father to recruit him.

SVR did not suspect anything even when Shcherbakov refused from his own promotion, which he had been offered about a year before the spy scandal occurred. The colonel may have rejected a higher position to avoid a lie detector test, which is a mandatory procedure in such cases.

If so, the agent was already cooperating with US special services, the newspaper said. Shcherbakov's son, who worked at the State Drug Monitoring, left to the United States shortly before the Russian agents had been exposed. The colonel himself left Russia three days prior to Dmitry Medvedev's visit to the USA. The USA announced the arrest of eleven Russian intelligence officers only on June 27, after Medvedev's visit. Most likely, the US special services did not want to aggravate the situation on the threshold of Russian president's visit. They simply decided to keep the information a secret for a couple of more days.

Did Shcherbakov help Washington or not? Retired Colonel, a veteran of units of special risks of Main Intelligence Directorate of the Russian General Staff, Nikolay Gavrilov, said in an interview with Pravda.Ru that he would not trust a journalistic investigation.

"A journalistic investigation is a positive factor, of course. Still, it's nothing more but fiction. One needs naked facts to come to conclusions. I retired in 1996, but I don't think that methods used in intelligence activities have changed drastically. Russian special services were considered one of the best in the world even during the 1990s. Therefore, any information about their mistakes seems to be very doubtful, even many years later. You will not receive any official comments from the special services until they finish their own investigation, which they most likely conduct. Whether Colonel Shcherbakov was a traitor or not - let's wait for the official answer to this question.

"There is one thing clear about the story. The people arrested in the USA were most likely intelligence officers - President Medvedev awarded state decorations to many of them. Putin stated that the members of the US-Russian spy scandal would have good jobs in Russia. Special services do not dump their people.

"As for journalistic claims about the Foreign Intelligence Service leaving its agent out of account, I believe that the press is wrong here. All employees of this special service go through most meticulous professional selection. It would have been impossible for Shcherbakov to conceal the place of his daughter's residence," Gavrilov said.