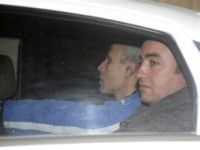 The Turkish terrorist Mehmet Ali Agca, who on May 13, 1981 shot Pope John Paul II in Rome, Italy, said in a statement to Turkish television that the order to kill the leader of the Roman Catholic Church came from the Vatican itself.

Ali Agca was released on January 18 this year after spending 30 years in prison for the attempted assassination of Pope John Paul II in 1981, and the murder of Turkish journalist Abdil Ipecki in 1979.

"The Vatican decided on the assassination of the pope. They planned and organized it. The order to shoot the pope was given by the secretary of the Vatican, Cardinal Casaroli," said the Turkish terrorist.

In a statement shortly after trying to kill the pope, Agca said he acted alone. This newest statement is one of several contradictory statements he has made since 1983, when he was pardoned by John Paul II when he visited him in prison.

Today, Ali Agca is 52 and suffers from mental problems, analysts said. Shortly after being released, he said he was "the second Jesus Christ" and he "is rewriting the Bible." In the midst of disconnected sentences released from the prison, Agca said: "I am the eternal Christ."

Previously, Ali Agca said he was connected to a group and blamed the Palestinian secret service in Bulgaria for the attempted assassination of Pope John Paul II. When arrested in 1981, Agca said he was a member of the Popular Front for the Liberation of Palestine, but the organization denied any relationship with him.

Later, Ali Agca said he was part of a conspiracy financed by Bulgaria, supported by the KGB, to assassinate the Pope for his support of the Polish movement "Solidarity." This particular statement of Ali Acga has never been confirmed.

Arrested in Italy, initially, Ali Agca was sentenced to life imprisonment for the attempted assassination of Pope John Paul II, but received amnesty from President Carlo Azeglio Ciampi in June 2000.

On his return to Turkey, Agca was arrested for the murder of journalist Abdi Ipecki in 1979. It is suspected Ali Agca was sympathetic to the far-right organization Grey Wolves. In the 1970s they fought against the leftists, as was the case of Abdi Ipecki.

John Paul II was shot in the left hand, in the abdomen and right arm, but the bullets did not reach any vital organs. The pope spoke with Ali Agca in Rebibbia prison in 1983, when he reportedly told the mother of the Turk: "Stay calm, because I have forgiven your son."

According Abosoglu Yilmaz, one of his lawyers, before being released, Ali Agca was examined by psychologists at a military hospital, who declared him mentally unbalanced and exempted from military service. The medical report must be approved by the Ministry of Defence.

The release of Ali Agca rekindled the mystery surrounding the causes that were behind the attempted assassination of Pope John Paul II, which have never been clarified. The truth is that after three investigations and the trials of three Bulgarians and four Turks, these links to the crime were never proven.

In a statement issued through his lawyers, Agca said in the coming weeks all doubts will be cleared up about the attempt to assassinate Pope John Paul II, including those relating to the possible involvement of the Soviet and Bulgarian governments.