Uzbekistan gets rid of the Soviet past 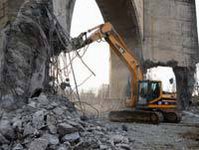 Uzbekistan is getting rid of the "Moscow-Soviet" past and their own heroes of the Great Patriotic War. Recently the information was released that a subway station that used to be named after a hero of the Great Patriotic War, Major-General Sabir Rakhimov, who was killed during the liberation of the city of Danzig in late March of 1945, was renamed in Tashkent. The station is now called Olmazor (Apple Garden).

The authorities deny the fact that they are eradicating the memory of the Great Patriotic War. And we can assume that in this case we are talking about the fact that Islam Karimov is debunking the heroes of the other, Civil, War.

A representative of the Uzbek SSR, Sabir Rakhimov began his career in the Red Army in 1922, fighting the robber bands and local anti-Communists. Now, in many Central Asian republics, including Uzbekistan, the Bassmachi are considered major national heroes.

Russia Today: Russia and Uzbekistan to bring stability to Kyrgyzstan

It was Uzbekistan that has long been considered the main stronghold of resistance to the Red Army. In 1918-1919, Tashkent, that was the capital of the red Turkestan, has repeatedly been on the verge of falling. Combined forces of the Basmachi of Madamin-bek and a Russian peasant army of the colonel Monstrov did not have enough power to end it.

After the active phase of the hostilities of the Civil War in Russia was over, the center of resistance to the Communists moved into the national suburbs, including Central Asia. Despite the fall of the Bukhara Emirate and Khiva Khanate in 1920 located on the territory of modern Uzbekistan, the opposition has not stopped.

The main center of the struggle has shifted to the Ferghana Valley, one of the main strongholds of the Basmachi. Some leaders of the Basmachi cooperated with the forces of the Russian counter-revolution and used the services of white officers. Yet, many have fought against any "Russian imperial influence." This bloody confrontation continued until the early 1930's, and cost both sides great sacrifices.

Although the motivation of the last renaming is not reported, it looks like the behavior of the Uzbek authorities has a bad trend. It seems that official Tashkent today seeks to erase from the memory of the people the era when the Uzbeks were governed by Moscow.

This process did not start today. For example, on November 22 of 2009 in Tashkent two objects were dismantled that were reminiscent of the "colonial times." We are talking about the Memorial Monument to the Defender of the Motherland located in the park of Military Glory, as well as the building of the Orthodox Church of Alexander Nevsky. In addition, during the dismantling of the monument erected 36 years ago, the busts of Soviet military leaders disappeared along with all military equipment.

On August 29 of 2010, the parliament decided to rename Ahunbabaevsky district of Fergana region, named after one of the leaders of Soviet Uzbekistan Yuldash Akhunbabaev into Kushtepinsky. It is expected that soon the government will rename one of the Tashkent districts named after a Hero of the Soviet Union Sabir Rakhimov.

In an interview with Pravda.ru, Andrei Grozin, head of the Department of Central Asia and Kazakhstan of the Institute of CIS countries said that "the actions of the Uzbek authorities look like a challenge. But if we analyze their behavior since the collapse of the USSR, it does not look surprising. Tashkent is most active in pursuing the policy to eradicate everything connected with the Soviet past.

Uzbekistan is the only country in Central Asia that has a Museum of the Occupation. The theme of the museum has to do with the Russian Empire among other things. The exposition begins with the trip of Alexander Bekovich-Cherkasky to India in 1714-1717, whose squad was treacherously killed by Khiva Khan. But the current Uzbek propaganda presents it as the first fact of the Russian "aggression" against Uzbekistan.

The events of 1916, when a rebellion against the central government took place on the territory of Uzbekistan and when the extermination of the Russian population was ongoing, are painted as a "national liberation uprising of the Uzbek people against the Russian despotism."

A significant part of the exhibition is devoted to the Soviet period, including the suppression and persecution of the Basmachi movement and national intelligentsia in the Stalin era. Yet, no one speaks about the fact that the repressions were largely due to the actions of the Uzbek elite, divided into rival clans, and scribbling denunciations on each other to Moscow.

The topic of the Aral Sea disaster is also addressed. Of course, Moscow is accused of striving for more cotton, for which the Amu Darya and Syr Darya waters were sacrificed. Yet the Uzbek leadership, headed by First Secretary Sharaf Rashidov, insisted on it while dreaming of standing out with their success against other Soviet republics.

And of course, the museum provides no information about the time when the Soviet "occupants" reconstructed Tashkent after the devastating earthquake of 1966. Not to mention the fact that, if it was not for Moscow that created the Uzbek economy, today the country would have been at the level of development similar to that of Afghanistan.

As for the demolition of monuments of the "Moscow period," it was suspended after the events of 2005, when Tashkent brutally suppressed mass protests in Andijan. Karimov and his entourage were facing The Hague tribunal for this. And if it was not for Russia, the Uzbek leader could have shared the fate of Milosevic.
But now, when relations with the West that is counting on the Uzbek gas and lease of military bases on its territory to continue operations in Afghanistan have warmed up, the destruction of monuments of "the colonial past" continues.