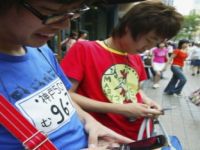 Countries like the United States, Germany, France, Japan and South Korea have experienced the effects of a demographic bonus. At different times, they managed to consolidate the foundations for growth and improve social structure and income distribution, combined with an offer of better services in health and education.

South Korea, for example, went through the demographic dividend from 1965 to 1990. According to estimates by some analysts, about a third of economic growth seen by the Asian country in that period can be attributed to changes in the population age structure.

In 1965, the Korean Gross Domestic Product (GDP) was $3 billion, a figure that rose to U.S. $263.7 billion in 1990. But the result, experts say, might not have been so positive if it had not been accompanied by investment in education, which in the case of Korea was about 10% of the U.S. GDP in that 25 year period.

In the cases of Germany and Japan, according to the teacher of master's degree programs in Population Studies and Social Research of the National School of Statistical Sciences (ENCE), José Eustáquio Diniz Alves, the best use of the demographic bonus occurred in the 1960s. In both cases, a sharp drop in fertility occurred during the Second World War.

"More recently, Asian tigers like South Korea, Taiwan, Hong Kong and Singapore have been good examples of the use of the demographic bonus. They maintained full employment rates and for decades invested heavily in quality education and in the productivity of the workforce," he said.

But the country that has attracted the most attention of the scholars of population movements is China, which introduced a drastic policy of birth control in the 1970s, with the premise of only one child per couple. Now the Chinese are reaping the benefits of an extremely favorable age structure for economic development with strong growth of the GDP.

"It is estimated that 30% of the Chinese GDP growth is due solely to the demographic bonus. Not coincidentally, the country removed about 400 million people out of poverty over the past 30 years," adds Ahmed.