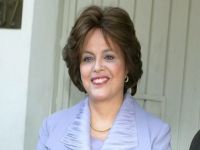 Brazil joyfully celebrates the victory of Dilma Rousseff. And does not stop to relax well in the defeat Jose Serra, who did not deserve to win this election because of the indecent level of his campaign, although excesses occurred on both sides. The conservative bishops, in defiance of the Brazilian Bishops, placed themselves outside of the democratic game and handled the issue of decriminalizing abortion by mobilizing even the Pope in Rome as well as the angry partisan evangelical pastors, who left demoralized.

Post festum, fits a distant reflection of what may be the government of Dilma Rousseff. Those analysts who saw a paradigm shift by the Lula government espoused the view: from a privatizing state, inspired by neoliberal dogma, to a republican state that put the social in its center to meet the demands of the destitute population. Every transition has a side of continuity and another of breaking away. Continuity went to the maintenance of the macroeconomic project to provide the basis for political stability and exorcise the ghosts of the system. And the breakup was the opening of substantive social policies aimed at integration of millions of poor Brazilians, well represented by Bolsa Familia and others.

One cannot deny that, in part, this transition occurred since, effectively, Lula socially included what was comparable to a whole France into a state of decency. But from the beginning, analysts pointed to the mismatch between the economic and social project. While the state receives several billion dollars per year in the form of interest, the social has to settle for much less.

However, this disparity, the gap between rich and poor, has decreased extraordinarily to what Lula considers acceptable.

Now the question arises: will the President deepen the transition, shifting the emphasis in favor of the social sector where there are majorities or keep the equation that preserves the economic monetarist bias, with the contradictions reported by social movements and the best of the Brazilian intelligentsia?

I estimate that Dilma gives signs that she will favour the side of the popular social one. But some new problems such as global warming must be tackled without fail. I see that the new President understands the importance of the environmental agenda, introduced by the candidate Marina Silva. Even if on a new horizon a new economic crisis is announced because the U.S. decided to export its crisis, devaluing the dollar and hurting us dramatically.

Dilma Rousseff will mark her administration with her own identity to make the agenda more strongly like that of previously elected Lula: the ethics and the structural reforms. The ethics will only be redeemed if there is total transparency in policies and practices so as not to repeat the previous party commercialization of relationships ("mensalão").