Wikileaks eats Pentagon from within 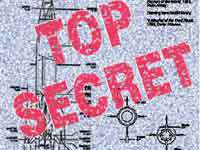 Wikileaks may cause irreparable damage to the United States as it continues to declassify the information about the activities of US and allied troops in Iraq and Afghanistan. On October 19th, the Pentagon urged mass media not to distribute the information which appears on Wikileaks not to make the controversial website obtain the reputation of a reliable source of information.

Many journalists, including American ones, are not willing to follow the instructions from the Pentagon. They draw a parallel between the current state of affairs and the case of former military expert Daniel Ellsberg, who exposed Pentagon's top secret documents about the war in Vietnam in 1971. The US Supreme Court approved such publications back then proceeding from the First Amendment to the Constitution of the United States which guaranteed the freedom of the press.

US defense officials believe that Ellsberg's information was not very relevant. It presumably touched upon the political activities of the US administration. Daniel Goure, a former top official of the Pentagon, said that many democratic countries have official laws to protect classified information, and such laws do not violate the principles of democracy and the freedom of the press.

It currently goes about the publication of 400,000 documents about the war of Iraq and Afghanistan on Wikileaks. US defense officials are particularly concerned about the publication of the details regarding special operations conducted in the war-torn countries. Exposing the names of local residents, who cooperated with NATO during the operations in Afghanistan, may lead to lamentable consequences too, as they believe.

Wikileaks, a little-known website, published 77,0000 documents about the Afghan war in July of this year. The documents were later reprinted by The New York Times, The Guardian and Der Spiegel, which immediately made the website globally famous.

Pentagon officials stated that the publications would seriously harm the efforts taken by the United States to stabilize the situation in Afghanistan claiming that US troops in the country may lose the support of the local population entirely. The Talibs did not leave Wikileaks out of their attention either and promised to decapitate the Afghan traitors who cooperated with the USA.

Spokespeople for special services said that such publications may disrupt cooperation between various secret services and affect their interaction with secret agents from other countries.

Defense Secretary Robert Gates is not being overdramatic about the situation. He sated that the July publication revealed no strategically important sources of information. However, the most recent reaction from the Pentagon proves that the problem is actually serious: the department established a group of 120 analysts to determine the level of danger which the declassified documents may pose to the nation.

Will Wikileaks affect the campaigns in Afghanistan and Iraq? Will President Obama have courage to take all this to the end?

Valery Garbuzov, the chairman of the foreign policy department of the Institute for the USA and Canada, told Pravda.Ru that the publication of the new documents would not change Washington's policy.

"The general public in the United States opposes the continuation of the wars, especially in Iraq. As for Afghanistan, the situation there is different because the majority of the Afghan population supports the Talibs, but this does not mean that the US administration is prepared to change its policies in Afghanistan," the specialist said.

This way or other, but Wikileaks may play its role in the withdrawal of US troops from both Iraq and Afghanistan, like it happened in the past after Ellsberg's confessions.