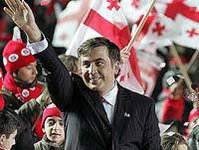 Georgia virtually cancels the visa regime for the residents of the republics of the Northern Caucasus. The adequate decree was signed on October 11 by Georgian President Mikhail Saakashvili. From now on, the residents of Dagestan, Chechnya, Ingushetia, North Ossetia, Kabardino-Balkaria, Karachayevo-Cherkessia and Adygeya will be able to use the privilege bestowed on them by Mr. Saakashvili's.

Georgia's deputy foreign minister Nino Kalandadze stated that the residents of the above-mentioned entities of the Russian Federation would be able to enter Georgia and stay on its territory without visas during 90 days.

"The decision was a part of the liberalization of our politics, and we proceed from the continuation of traditional ties with the peoples of the Northern Caucasus. In addition, the residents of those republics have certain commercial interests in Georgia, some of them want to receive education in Georgia. That is why the abolishment of the visa regime stipulates active contacts with the Northern Caucasus," the official added.

The Georgian diplomat also said that the people residing in the above-mentioned republics of the Russian Federation had found themselves in the position of inequality as opposed to their country-fellows from other regions. They purportedly enter Georgia via the checkpoint in North Ossetia and have to travel to Moscow to get the visa at the department of Georgia's interests at the Swiss Embassy (there are no diplomatic relations between Russia and Georgia, Switzerland represents Georgia's interests in Russia).

At the same time, the residents of other Russian regions may come to Tbilisi and receive their visa at the airport of the Georgian capital. If Russian citizens want to enter Georgia by land, they will have to come to Moscow and go to the Georgian department of the Swiss Embassy for the visa, as it is practiced now.

Georgia's deputy foreign minister stated that Russia must accept the new visa regulations for several categories of its citizens. "Russia will not hamper the process," Nino Kalandadze stated.

The Georgian diplomat is wrong.

Deputy envoy of the Russian president in the Northern Caucasus, Arkady Yedelev, stated on October 12 that the Georgian administration was masterminding another provocation against Russia.

"Such issues must be discussed at the bilateral level. They cannot be solved single-handedly when some Saakashvili wants that," the official stated.

Indeed, the initiative from the Georgian administration looks more than just strange. In the European Union, which Georgia is so eager to become a member of, they practice simplified visa issue procedures for separate categories of people, for example for those residing on border territories. However, such regulations are valid for certain frontiers, not for separate regions.

What do we have with Georgia's suggestion? It seems that it goes about the entities of the Russian Federation that border on Georgia. However, the republic of Adygeya does not have a border with Georgia, whereas the Stavropol and the Krasnodar regions, which the suggested regulations do not embrace, are situated closer to the Georgian border than Adygeya. It goes about the violation of the principle of cooperation between border territories.

There is another aspect to it. The right for the visa-free entry to Georgia was granted to the residents of solely national republics of the Northern Caucasus. Why? Deputy envoy of the Russian president in the Northern Caucasus, Arkady Yedelev, stated in the beginning of he current year that foreign instructors working at army bases in Georgia were training subversive groups to conduct terrorist acts in Russia's Caucasus. There is obviously something to think about here.

Konstantin Zatulin, the director of the Institute for the CIS and the Baltic States, said in an interview with Pravda.Ru that the latest decision of the Georgian administration to introduce the visa-free regime for the residents of the Northern Caucasus was an act of hooliganism.

"As a matter of fact, the Georgian administration is trying to split the Russian Federation into two parts - with visas and without them. If they think in Tbilisi that Russia will accept such a novelty, then they think that wrong. Russia can never accept such a state of affairs.

"The introduction of visa-free regime for separate regions is a violation of all possible rules. It contradicts to all possible international rules. The Georgian administration likes to play silly games and unveil doubtful initiatives. Anyway, this country has not been successful in its provocative campaigns recently," the expert concluded.