Brazil: 2nd round of the campaign will confirm Dilma as the favourite 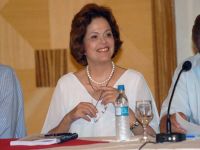 The national president of PCdoB, Renato Rabelo, declared to Vermelho that the outcome of the first part of the presidential election in Brazil was no surprise and should not compromise candidate Rousseff, of the Coalition for Brazil to Keep On Changing, as the favourite. "If we consider the last fortnight, the possibility of a second round was expected, because polls already showed this possibility. Moreover, recent weeks have confirmed the growth of the candidate Marina Silva."

According to Rabelo, Marina's growth was one of the reasons why the election would possibly go to a second round. Another important reason, says Rabelo was the truculent campaign orchestrated by the opposition, in collusion with the media against the candidacy of Dilma. "They tried all methods that would lead to a runoff election."

There were scandals that they tried to manufacture, always untrue accusations like the false fees for the purchase of Tamiflu (drug against swine flu), or those involving the minister Franklin Martins and many others. After occupying the headlines of newspapers and magazines, it was proven that the accusations that were untrue," reports the communist leader.

"They tried to create this atmosphere of denunciation just to take the election for the second round," added Rabelo.

He said the second round will be another election. "A contest that will have new factors. The candidates will be able to better detail their proposals and submit their final program, which was not possible in the first round. We have all the conditions to win the second round, which should serve like what happened in 2006 with Lula, to confirm the Dilma favouritism," says Rabelo.