The International Court of Justice in The Hague on September 13 began its consideration of Georgia's lawsuit against Russia, which concerns events that occurred in the past 17 years in Abkhazia and South Ossetia. The hearing will last five days. 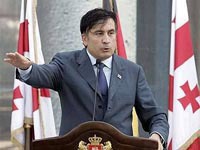 The claim has been sent to the Hague tribunal on August 12, 2008, the day when the war ended in 2008. The document presented at the court was named "The acts of ethnic cleansing in the sovereign territory of Georgia from 1993 through 2008."

"Russia contributed to the brutal ethnic cleansing of Georgians by separatist forces of Abkhazia and South Ossetia by providing arms, fighters, mercenaries, and direct military intervention of Russian armed forces that has led to widespread violence against civilians in Georgia", states the claim.

The Georgian leadership asks the court to recognize the fact that Russia has systematically violated international Convention of 1965 on the Elimination of All Forms of Racial Discrimination. Allegedly, ethnic cleansing of Georgians with the direct involvement of Russia took place in South Ossetia and Abkhazia.

Tbilisi calls upon judges to oblige Russia to refrain from supporting the authorities of Abkhazia and South Ossetia and withdraw its military bases and compensate the damage to Georgia and its citizens.

"We have presented evidence that Russia is responsible for ethnic cleansing, as well as preventing the return of refugees and continuing ethnic discrimination, particularly against Georgians in Akhalgori region of South Ossetia and the Gali district of Abkhazia. We hope that The Hague will rule in our favor," believes Tina Burdzhaliani, the country's Deputy Minister of Justice, who represents the process on the Georgian side.

In addition, the Georgian delegation at The Hague includes the Deputy Minister of Foreign Affairs Nino Kalandadze. The author of the lawsuit is Makgril Ahavan, Professor of the University of Montreal in Canada. He also arrived in Holland.

Russia will be represented by Kirill Gevorgian, Director of Legal Department of Ministry of Foreign Affairs and Russia's ambassador to the Netherlands Roman Kolodkin. The Russian side also includes foreign lawyers.

"It must be stressed that this claim was initiated after it became clear that the Georgian military adventure has failed. Another objective of the country that initiated the lawsuit is to show itself as a victim of the conflict that it has initiated itself," Gevorgyan explained the position of the Russian side.

"This is the case when the number is not transformed into quality. The documents relied on by Georgia have either no relation to racial discrimination, or do not define Russia as a responsible party," noted Kolodkin.

Arguments of Georgia are very dubious. For example, Russia as a state did not participate in the Georgian-Abkhazian war of 1992-1993. And, therefore, it cannot bear any responsibility for the events that took place then.

As for the war in South Ossetia in 2008, Russia has not issued a single document talking about the infringement of Georgians on ethnic grounds. Such legal acts were neither issued by any authorities in South Ossetia, nor by the Abkhaz leadership.

Yet, we can talk about abuses towards Ossetians and Abkhazians in Georgia. Even in Soviet times, leadership in Tbilisi in every way was limiting the scope of them using their language. And in 1990, with the decision of the first Georgian president Zviad Gamsakhurdia, the Supreme Council of Georgia abolished the autonomy of the two republics.

In addition, the fact that both the war in Abkhazia in 1992-1993 and the war in South Ossetia in 2008 have been started by its leadership does not speak in favor of Georgia, as well as the fact that Georgian soldiers have repeatedly been seen exterminating peaceful Ossetians and Abkhazians. And the exodus of Georgians from their homes was caused by the actions of Eduard Shevardnadze and Mikhail Saakashvili.

Perhaps, the Georgian authorities want to delay Russia from filing the dispute as much as they can. The fact is that the Investigation Committee of the Prosecutor's Office initiated a criminal case on the facts of genocide of the Ossetian population of Georgia after the war in South Ossetia. The Russian leadership has repeatedly said that the materials of the criminal case could form the basis of the counterclaim.

Sergei Markov, State Duma deputy, member of the Russian delegation to the Parliamentary Assembly of the Council of Europe (PACE), spoke with Pravda.ru about the motivation of the plaintiff and the possible response of the Russian side.

"Filing of the claim by Georgians to The Hague is a purely political struggle. It is written entirely in the spirit of today's Georgian propaganda. They say the Russian Empire has always suppressed Georgia and Georgians. And the international community must stand up for poor Georgia.

In fact, Saakashvili is trying to silence and hide the crimes committed by the Georgian side with this lawsuit. These are the crimes against the Ossetians, and crimes against the Abkhaz. This is the shooting at Russian peacekeepers on the night of August 7 of 2008, which is a heinous crime from the perspective of the international law. Perhaps, the Georgian President also wants to avert public eyes from the conversations about those who killed former Prime Minister Zurab Zhvania, or entrepreneur Badri Patarkatsishvili.

This is a common legal practice. The murderer hires a lawyer so that he gets him off the hook and puts all the blame on the other side. The Georgian leadership did just that. By the way, its officials declined to discuss their actions. Thus, the Ministry of Foreign Affairs of Georgia strongly opposes the fact that the next PACE hearings on the issue, which will be held in Tbilisi, would involve the Russian side.

Saakashvili is not the only one interested in concealing the truth. He has supporters in the West, who supplied weapons to the Georgian President, and showed him the ideological support. They also have a share of the blame for the crimes of the Georgian authorities. And they also really want to find scapegoats. Russia should take the matter seriously because the aggressors in the Hague court very often go unpunished, and cases are resolved in their favor.

It is possible that Russia will have to file a counterclaim to cool off the ardor of the Georgian authorities and their patrons. So far we have not done this, willing to improve relations with Georgia and its friendly people. Russia wanted to do everything so we could leave aside the controversial issues of Abkhazia and South Ossetia, and put forward the good relations between Russian and Georgian peoples. But if Tbilisi does not hear us, apparently, we have to talk to them the language of legal documents.

I want to emphasize that Russia, in the event of counterclaim, is not going to fight with the Georgian people. We love it, we like Georgian culture. The Russian side will be fighting exclusively with the Georgian leadership, which is engaged in intimidation and brainwashing of its people. The lawsuit against Russia is another example."